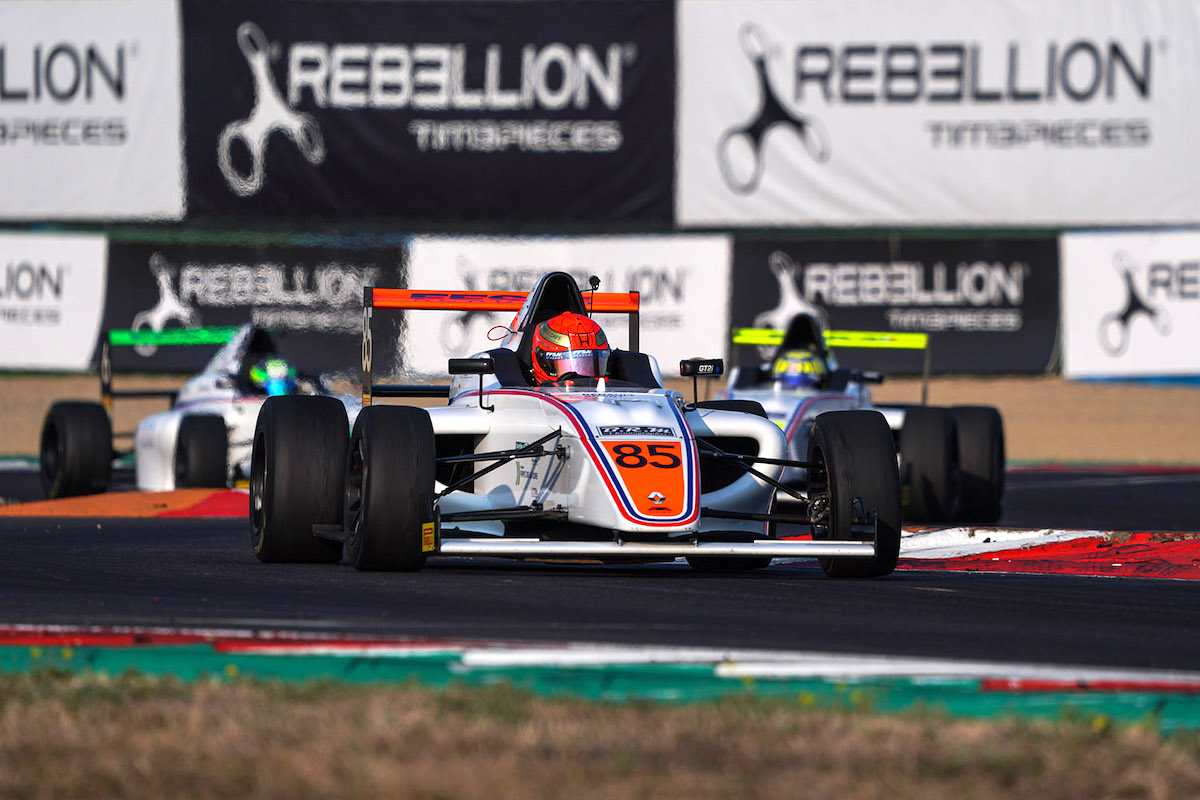 Honda junior Ren Sato took his turn to claim a double win in the second round of the French Formula 4 season at Magny-Cours.

Having played second-fiddle to colleague Ayumu Iwasa at Nogaro, Sato claimed top honours in qualifying with Sami Meguetounif beating Iwasa to a place on the front row.

The reigning Japanese F4 champion kept the lead at the start of the first race, and although a big lock-up into the Adelaide hairpin allowed Meguetounif to pull alongside, he held onto the place.

Sato was able to gradually pull away as Meguetounif fended off Iwasa, and took his first European victory by 2.8 seconds.

After spending most of the race up behind Meguetounif, Iwasa looked to struggle for grip in the closing minutes and ultimately conceded third place to Isack Hadjar.

After Rafael Villagomez and Romain Leroux tangled over fifth place at the first corner of the race, Marijn Kremers held off Junior class winner Valentino Catalano for fifth, with Loris Caibrou seventh and Leroux recovering to beat Ivan Peklin and Owen Tangavelou to eighth.

Peklin won race two from the front row of the reversed grid, the Ukranian diving down the inside of Tangavelou at the Lycee hairpin at the end of the third lap.

Tangavelou was then spun around into retirement by contact with Leroux into the subsequent chicane, causing a safety car.

Peklin survived the restart and then resisted late pressure from Cabirou to win by 0.888 seconds. Leroux was demoted to fifth after the safety car by Meguetounif and Iwasa, but got third place back when Iwasa ran into the back of Meguetounif under braking for Adelaide with three minutes to go.

Iwasa made a clean move on Meguetounif a lap later but then cut across the Nurburgring chicane in his attempts to stay ahead, with the stewards ultimately relegating him back to fifth behind Meguetounif as a result. Sato beat Catalano to sixth on the final lap.

In race three, Iwasa joined Sato on the front row and attacked his compatriot all locked up into Adelaide on the first lap, but Sato regained the lead on the exit.

Sato quickly opened up a gap of around two seconds within the first five laps but then locked up into Lycee and ran through the gravel trap, emerging back on track just in front of Iwasa.

Iwasa took another look at Sato into Adelaide on the next lap but that allowed Hadjar to get a better exit and sweep in front of him into Nurburgring. Sato escaped once more, winning by 3.4 seconds.

Meguetounif was fourth after losing ground at the start, while Villagomez won an intense fight for fifth ahead of Catalano and Kremers, whose positions were switched afterwards due to a track limits offence from Catalano.