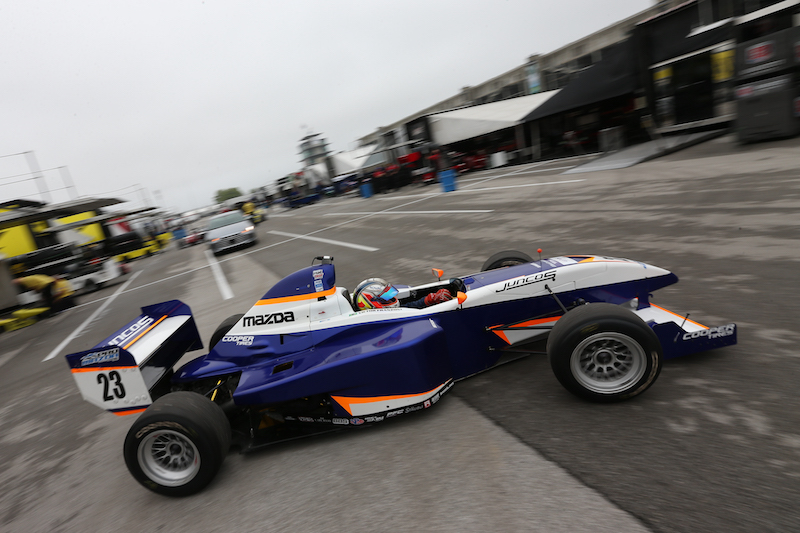 Victor Franzoni fought back from a poor start to win the first Pro Mazda race of the weekend on the Indianapolis Grand Prix course.

The Brazilian was almost half a second up in qualifying, but found himself relegated to third by the opening corner as double St Petersburg winner Anthony Martin swept from third to first around the outside of TJ Fischer.

Franzoni came back past Fischer later in the first lap, and on the second tour he cut Martin’s advantage from eight tenths of a second to five.

On lap five the lead pair went side-by-side twice before Franzoni grabbed the lead around the outside of Martin at Turn 1 with around 20 of the 30-minute duration remaining.

Thereafter he demonstrated his pace once more, opening up a gap of five seconds on his way to his first Pro Mazda triumph.

Fischer was briefly passed by Pelfrey team-mate Nikita Lastochkin at the start of lap two but finished up with his third third-place from as many races.

Carlos Cunha was close behind in another Pelfrey car, with?Lastochkin eventually slipping to sixth behind Phillippe Denes.