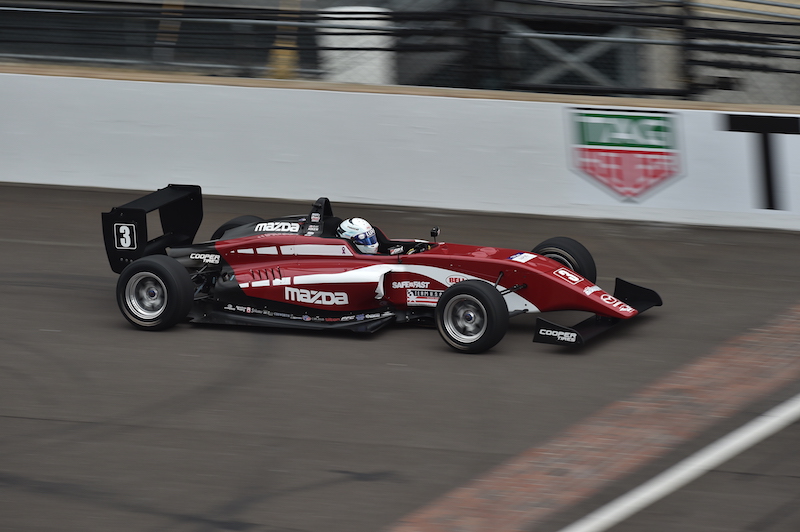 The Cape Motorsports driver converted pole position into a commanding?fourth consecutive victory in race five of the season.

In a second attempt at a start after the first was waved off, Askew got a good jump on fellow front-row starter Kaylen Frederick.

A coming together between Kory Enders and Kris Wright on the first green-flag lap brought out a caution period, and it took until there were just 11 minutes of the 30 scheduled left on the clock before the field was released once more.

Despite the shortened amount of racing, Askew managed to open up a?margin of over three seconds on his way to victory.

Fourteen-year-old Frederick was the closest driver?to Askew for the third race in a row, but unlike in both races at Barber Motorsports Park, he was unable to challenge the leader, instead having to focus on keeping first-time podium finisher Calvin Ming behind.

Callan O’Keeffe, taking over from fellow BRDC British Formula 3 racer Toby Sowery at the Benik team after a late call-up earlier this week, finished sixth on his debut, fending off Rinus Van Kalmthout and Robert Megennis late on.