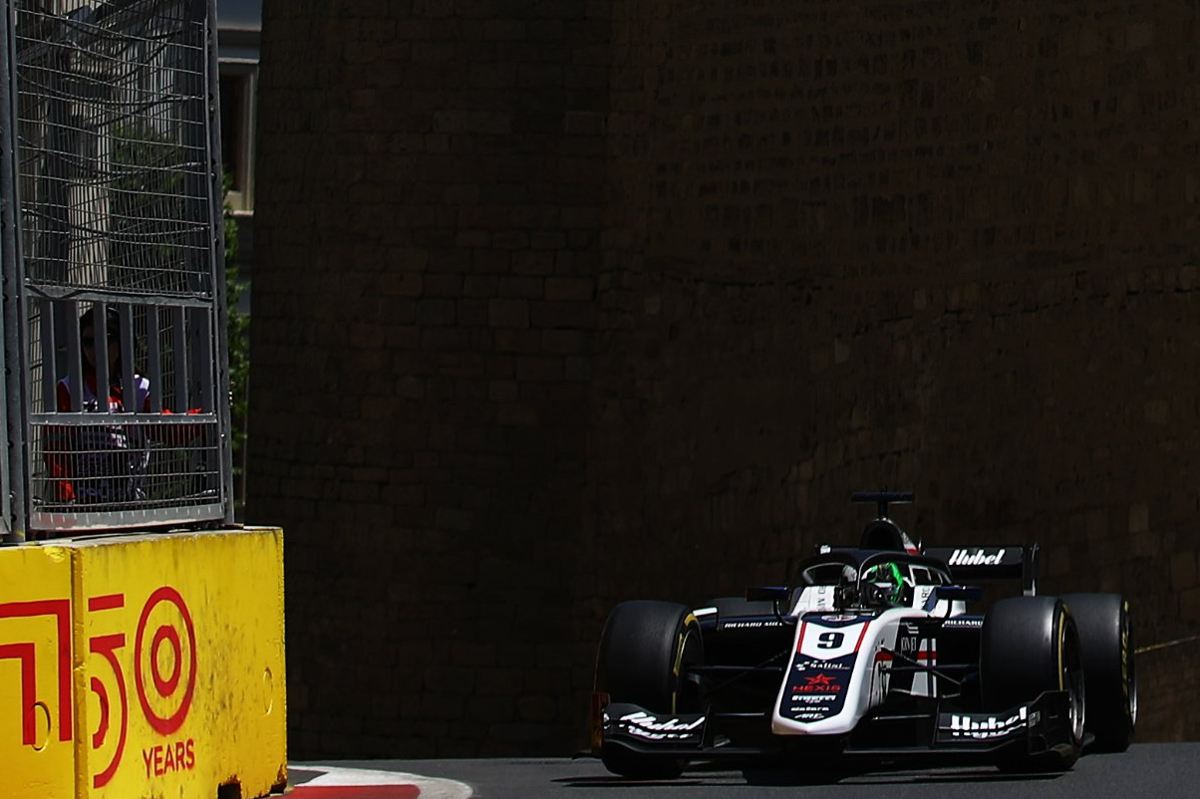 Prema’s Jehan Daruvala led comfortably for most of the race, but a safety car caused by his team-mate Dennis Hauger on lap 14 of 21 made him lose his four-second advantage. Then a mistake in one of the three restarts that happened in the coming laps handed Vesti the win.

A good getaway gave Vesti the lead off the line. However he lost traction at the slippery exit of Turn 1, and Daruvala and Van Amersfoort Racing’s Jake Hughes, who had started from reverse grid pole, passed the Dane.

Daruvala quickly built up a gap while Hughes defended second place. After several laps of trying, Vesti overtook Hughes around the outside of Turn 3 on lap six. Hughes, who struggled for pace as in previous rounds where track temperatures were high, couldn’t resist anymore and had dropped out of the points positions by lap 10.

ART GP’s Theo Pourchaire, who dropped to 14th from 12th on the grid, showed great pace and recovered to fight for points but Hauger, who was running in 10th, attempted to overtake Pourchaire at Turn 3 of lap 14. He braked too late, locked up his front-right tyre and ended up in the wall at the corner exit and the safety car was summoned. Pourchaire, who was aware of the situation, left Hauger enough space on the inside to avoid contact.

The race resumed at the end of lap 16, but green flag conditions didn’t last long. Juri Vips didn’t have the best restart and found himself being pushed to the run-off of turn two by Charouz Racing System’s Enzo Fittipaldi. The safety car was out again, now to recover Fittipaldi’s car as he had hit the wall.

Daruvala went went wide at turn one at the next restart and Vesti didn’t miss the chance to take the lead. Carlin’s Liam Lawson made the most of the opportunities given too to move up to third. At Turn 7, he went side-by-side with Trident’s Richard Verschoor, who tried to hold on around the outside but ran out of space and hit the wall.

The safety car was out for a third time on lap 19, but there was time for one more racing lap.

The restart was again an incident-filled one. Campos Racing’s Ralph Boschung, who was running in ninth, didn’t leave enough space to Trident’s Calan Williams, who was on his outside at Turn 1. Williams crashed into the Tecpro barriers, and Marino Sato and Charouz’s Cem Bolukbasi couldn’t avoid him, which resulted in a big impact. All three drivers jumped out of the car by themselves but were classified a lap down, with Hughes rising from 13th up to ninth as a result.