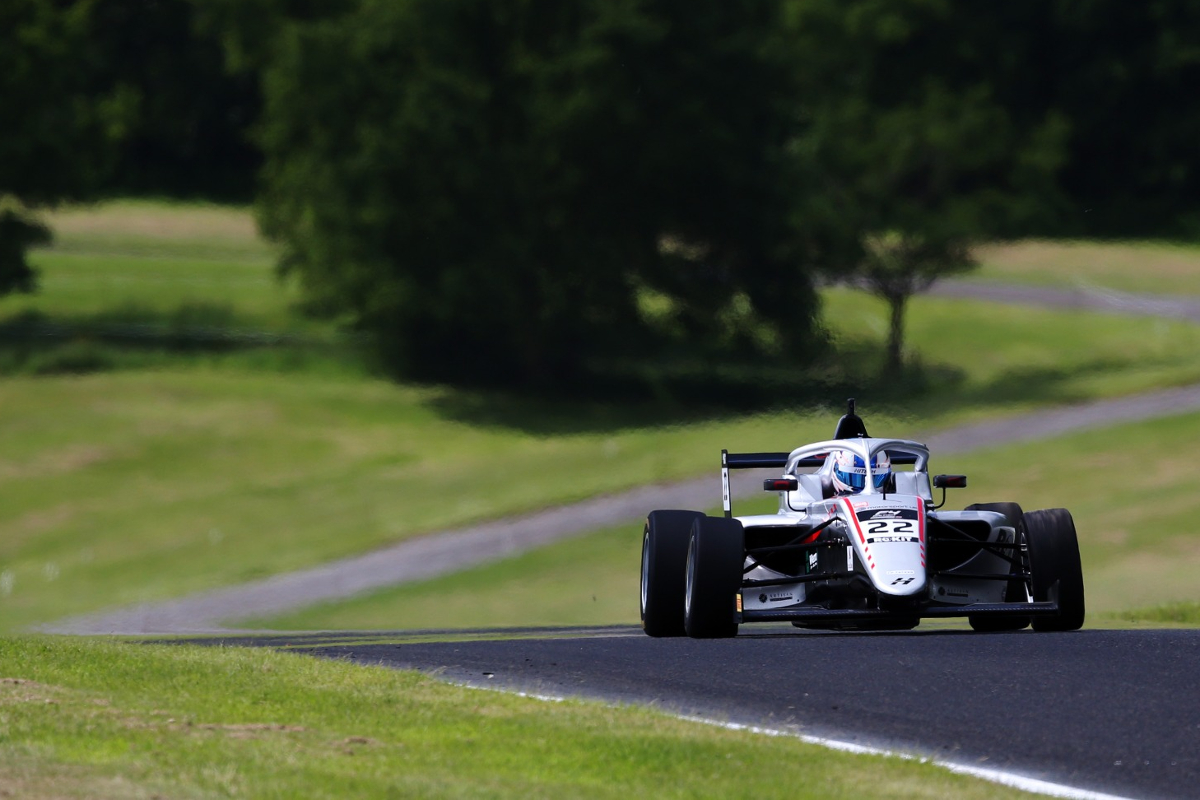 The Irishman has now taken seven poles in a row, and it was a stop-start session at Oulton which came to an early end as rain brought out red flags.

Dunne took pole for race one with a 1m20.574s lap, but it was a more mixed session further down the order and his title rival Ugo Ugochukwu suffered his worst qualifying performance of the season.

The Carlin driver could only go seventh quickest, and was unable to set a second flying lap in the first part of qualifying.

A mid-session red flag, brought out for incidents with Joseph Loake and Daniel Mavlyutov, paused running. But when the rest of the field headed out for the final 10 minutes of the session, Ugochukwu remained in the pits while mechanics worked on his car. One of his sidepods was replaced and he eventually went out with less than five minutes to go. He had only just hit the track, however, when it began to rain and red flags were then waved as the weather worsened.

Ugochukwu was unable to set another lap time and will line up 15th on the grid for race three, based on drivers’ second-best laptimes, ahead of only Mavlyutov.

At the front of the order, Georgi Dimitrov enjoyed his best qualifying of the season. The JHR Developments driver had been third when the first red flag came out, but improved later to go second quickest. He ended the session 0.216 seconds behind Dunne, and his second-best laptime was enough to put him third for race three.

Aiden Neate was only 0.002s slower than Dimitrov, and less than a tenth of a second ahead of Louis Sharp in fourth. However it’s Sharp who jumps both on the race three grid, with Neate starting down in fifth for the final race of the weekend.

Ollie Gray was fifth quickest overall ahead of Daniel Guinchard, who will start from fourth place for race three.