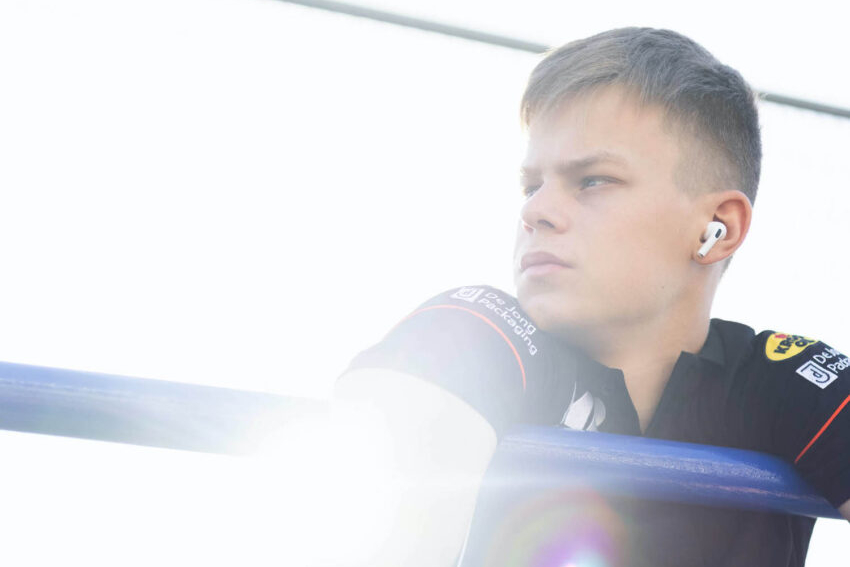 Several drivers occupied first place early on, with Lola Lovinfosse first to the top before being usurped by Robert de Haan, Daniel Nogales and then de Haan again. When he returned to the top the first of the three-minute stop-go penalties for track limits abuse came in, with Daniel Macia and Alvaro Garcia being the first recipients. Garcia and Lovinfosse later got black flagged too.

Tsolov set a 1m34.414s with 17 minutes remaining to go 0.071 seconds quicker than Hugh Barter, before the Campos pair peeled into the pits as the fastest two. Their team-mate Georg Kelstrup was third until the final seven minutes, when Smal lapped within 0.13s of Tsolov.

On his next effort he then went fastest, setting a 1m34.239s as MP team-mate Timoteusz Kucharczyk rose to fourth place.

Nobody was able to better Smal’s time, and Tsolov and Barter remained in the pits, while Ricardo Escotto and Manuel Espirito Santo also got black flagged regarding track limits.

Drivex School’s Gael Julien only set two laps as he stopped on track, but be rebounded by going fastest in FP2.

Garcia was the first to lay down a benchmark, with Julien beat with a 1m35.021s lap. Kelstrup then bettered him, with Smal just 0.003s slower as Julien soon sank to eighth after being handed a three-minute stop-go.

Once on track again he got faster though, laying down a 1m34.617s to top the session and go sixth overall in the combined timesheet. Nogales and Vladislav Ryabov also got stop-go, while Bruno del Pino was black flagged for not serving his.

With three minutes to go Smal went second fastest, but down on his FP1 time, as most drivers sat in the pits. Gracia and Miron Pingasov were the last two to get stop-gos, and Pingasov didn’t seem to have a set laptime, and Macia ended the session with a black flag.