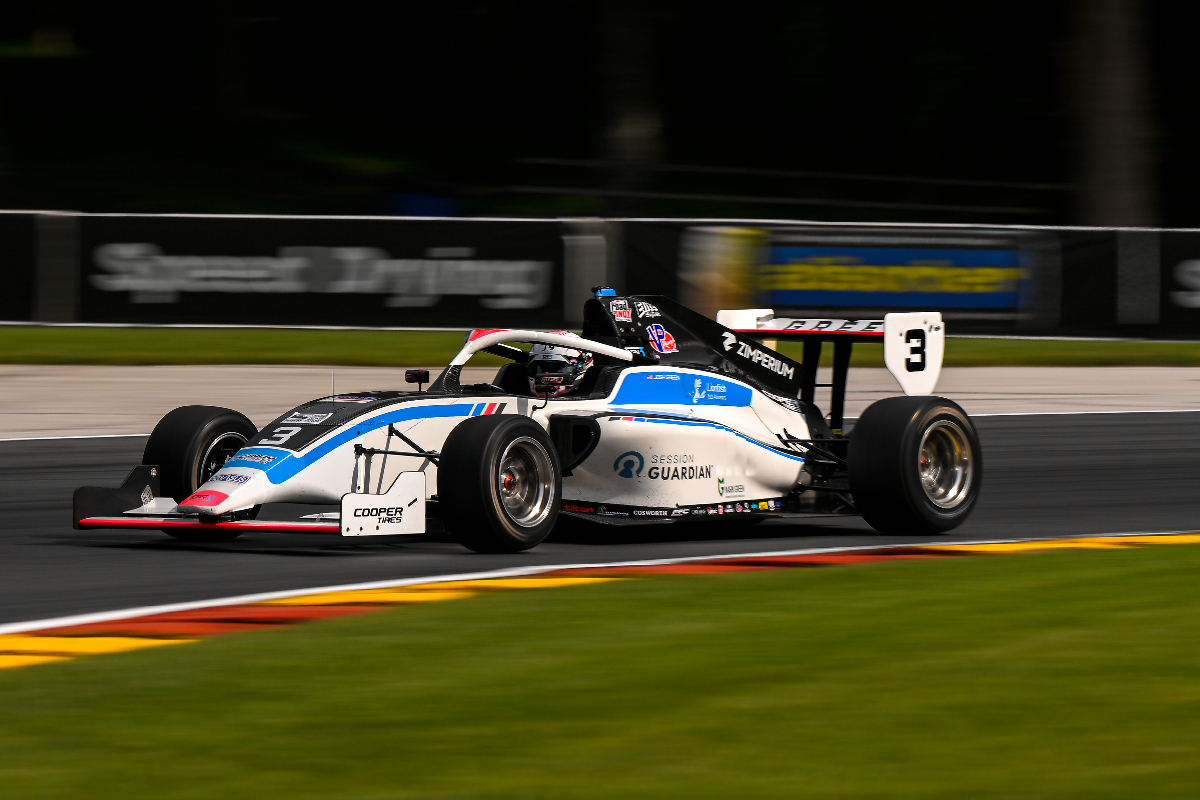 Exclusive Autosport’s Wyatt Brichacek was the first driver to set a competitive laptime, but still far off from the benchmark from Q1 the day before. Laptimes lowered as Q2 progressed, but Green’s pole time was still one tenth of a second slower than Gold’s from the day before.

As drivers came out on track again, Green moved up to second place just before red flages were wave with six minutes to go as DEForce Racing’s Nolan Siegel had come to a halt on the grass at turn three.

The session restarted soon and all the remaining drivers went out on track aiming to improve their laptimes.

Brichacek was still on top after the first of the two flying laps drivers had time for. However, he would drop down to third as first Juncos Hollinger Racings’ Reece Gold and then Green bettered his benchmark. This improvement once the chequered flag had fallen gave Green his second pole of the season.