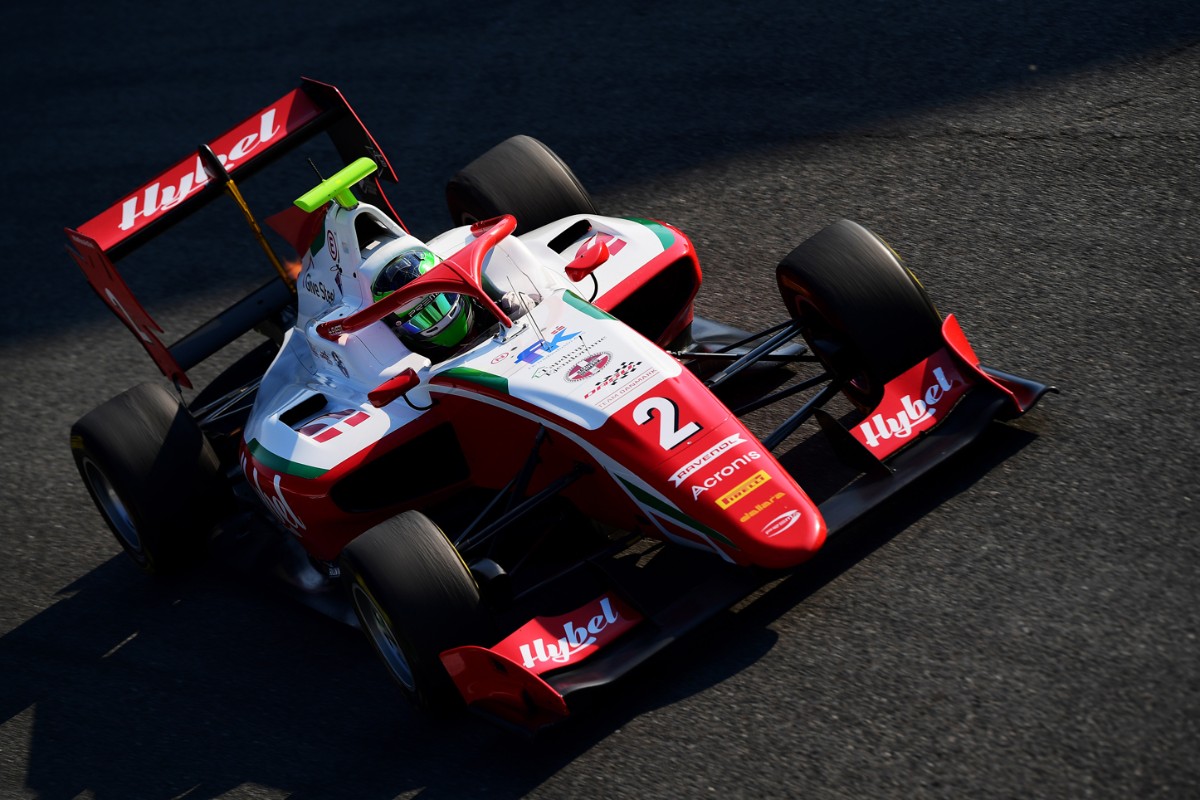 Piastri and the third Prema cae of Logan Sargeant spent much of the race battling for position at the back end of the top 10, but contact with Carlin’s Clement Novalak sent Sargeant into a spin and dropped him to the back of the field.

Piastri continued in what was then seventh, but then moved forward. He was forced to take risks as he battled Campos’s Alex Peroni, knocking tyres as he tried to find a way past.

He managed to climb up to third by the chequered flag and was closing in on the race leaders on the final lap.

At the front of the order, Vesti had made it into the lead after starting ninth on the grid. He enjoyed a relatively clean start before coming up against Hitech’s poleman Liam Lawson in the battle for second. The pair ran side-by-side for several corners, allowing Trident’s David Beckmann to close in.

He was forced to run off-track as he tried to make the move, but eventually passed Lawson to take third.

Before Lawson could try to reclaim the position, the safety car was brought out to clear Sebastian Fernandez’s stricken car after the ART Grand Prix driver span into the gravel.

The safety car brought Vesti onto the tail of HWA’s Jake Hughes in second place and he wasted no time in passing him on the restart.

Theo Pourchaire was next in Vesti’s sights. Having led for most of the race, Pourchaire put up a good defence but Vesti was able to snatch the lead with two laps to go and kept the ART driver at arm’s length in the final laps.

A double podium for Prema was enough to secure the teams’ title with three races remaining.

After stalling on the grid, HWA’s Enzo Fittipaldi came through to finish ninth as Charouz scored a rare point with Mikhael Belov in 10th place.