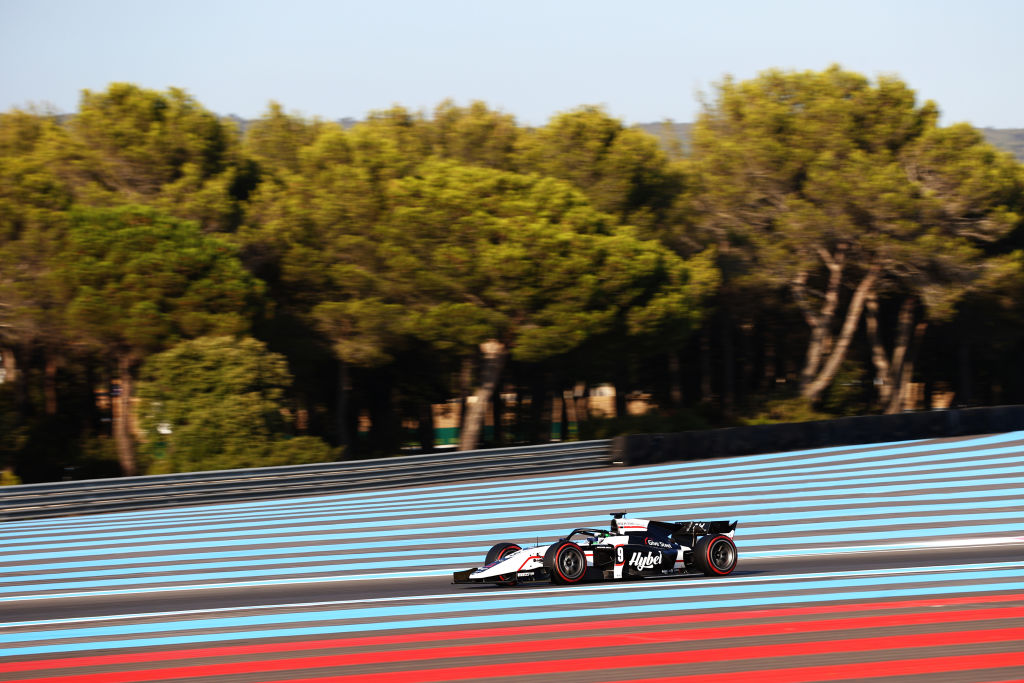 The ART Grand Prix driver has either qualified outside of the top 15 or in the top three on all but one occassion during his rookie F2 season, the exception being ninth place on the feature race grid in Baku, and his average starting position is 9.4.

He was just 0.029 seconds shy of a second pole in the series at Paul Ricard, a suprise given he had not set any laps prior to qualifying.

“I’m very pleased with P3 in quali. I’d say I dreamed a bit to be in the top three before quali, but making it happen is very difficult with no laps,” he said.

“I’m lucky that I know this track very well from previous experience, but to get it done meant a lot, and also to the team because obviously it’s frustrating to have a broken car during the first push lap in free practice. So to get it done, and to recover the weekend from a bad start, that’s very important.”

Vesti revealed ART GP did not have to do a lot of dialling in of his car before the session, with the car in a similar spec to what it would have run in at pace in practice had it not turned off with electrical problems after one out-lap.

“We didn’t do any changes. I was lucky that Theo [Pourchaire, ART GP team-mate] did a good job in free practice, and managed to dial the car in. We went for the same set-up, and that works very well. I just had to focus on my driving, the biggest step was definitely coming from my side as I didn’t do practice.”

When asked about the cause of the practice issue, Vesti explained: “It was literally just like a little electrical plug. It’s very, very small and it took five minutes for the mechanics to realise that if they moved this little thing, the car was switching on and off, and that’s exactly what happened on the track.

“So they took literally five minutes to change, and they started the engine and it was running. So it was good to be relaxed before quali and not having a big engine issue or something like that where we would just make it. They had time to set up the car properly, and everyone was relaxed. So considering that, it was lucky.”

Despite his recent strong qualifying form, Vesti has finished no higher than fifth in the last four feature races.

“It’s a bit with the starts and probably a bit of an unlucky race in Austria [where he was on pole in a damp-to-dry race]. But I’m very motivated to make it happen on Sunday, and I know the team is too.”