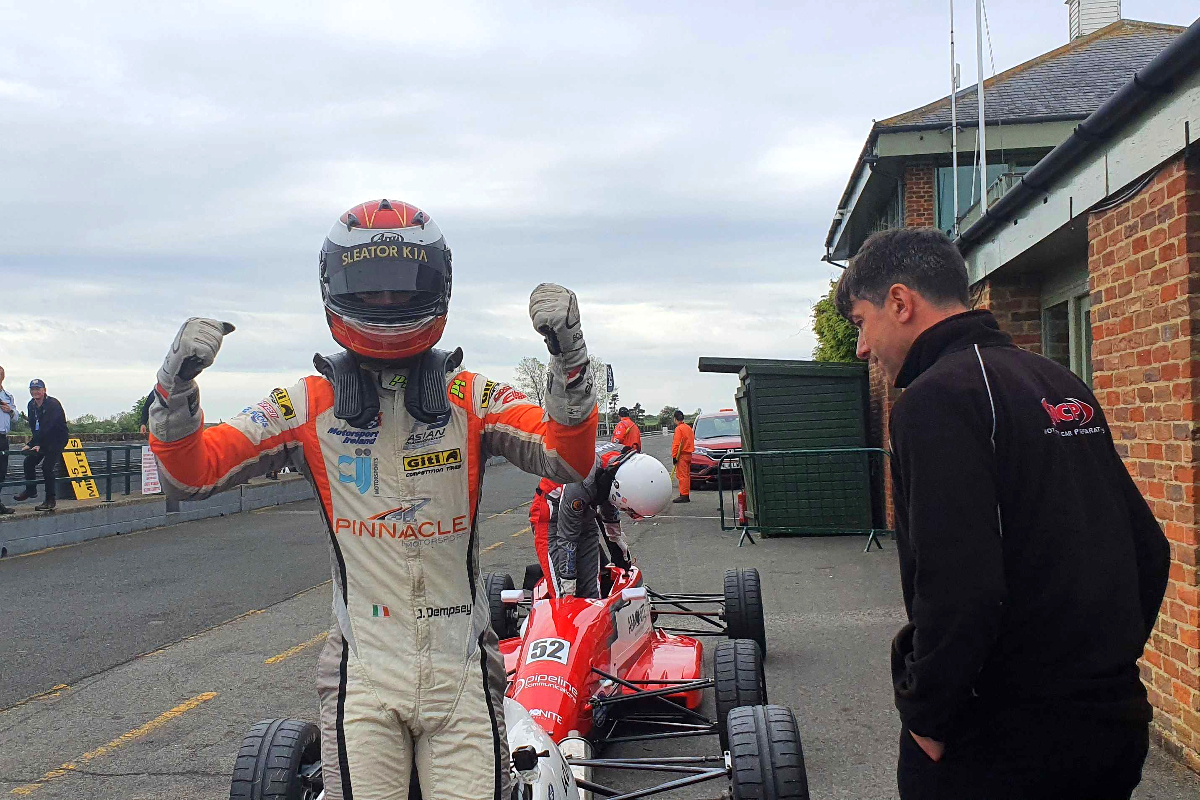 Dempsey was on top from the start of the session to the end, beginning with a 2m01.575s lap and bringing that down to 1m59.704s before the chequered flag came out.

B-M Racing’s Jamie Sharp was closest to Dempsey on the first flying laps, then it was Oldfield Motorsport’s Lucas Romanek who was in second place next time by but 1.203 seconds slower than the provisional poleman.

Sharp was third and Ammonite Motorsport’s Andre Lafond jumped up to fourth at that point, and Team Dolan’s Morgan Quinn then used clear air to set a lap that put him into the top four.

As Dempsey and several others went into the pits, Ammonite’s Colin Queen rose to second place, still half a second off Dempsey, and team-mate Shawn Rashid rose to third.

Dempsey picked up from where he had left off when he started his second run, and his returning guest team-mate Andrew Rackstraw also improved to briefly go third fastest as Queen’s fastest lap was deleted and he was knocked down to ninth.

The lead group on the timesheet were also running as a slipstreaming group on track, and Dempsey found the biggest gain amongst them to set his 1m59.704s lap, while Queen jumped straight back up to second place but 0.607s off pole.

Rashid, Quinn and Sharp all improved to slot into third, fourth and fifth, and Rackstraw was shuffled back to sixth ahead of Romanek and Lafond.

There was just enough time to do one more flying lap, but a few drivers thought it would be too close cut and decided to pit as the chequered flag came out.

Dempsey and Queen stayed out but couldn’t improve, whereas Sharp did and he rose to third place. Quinn, Rackstraw and Romanek also found pace gains in fifth, sixth and seventh, but couldn’t change their grid positions.