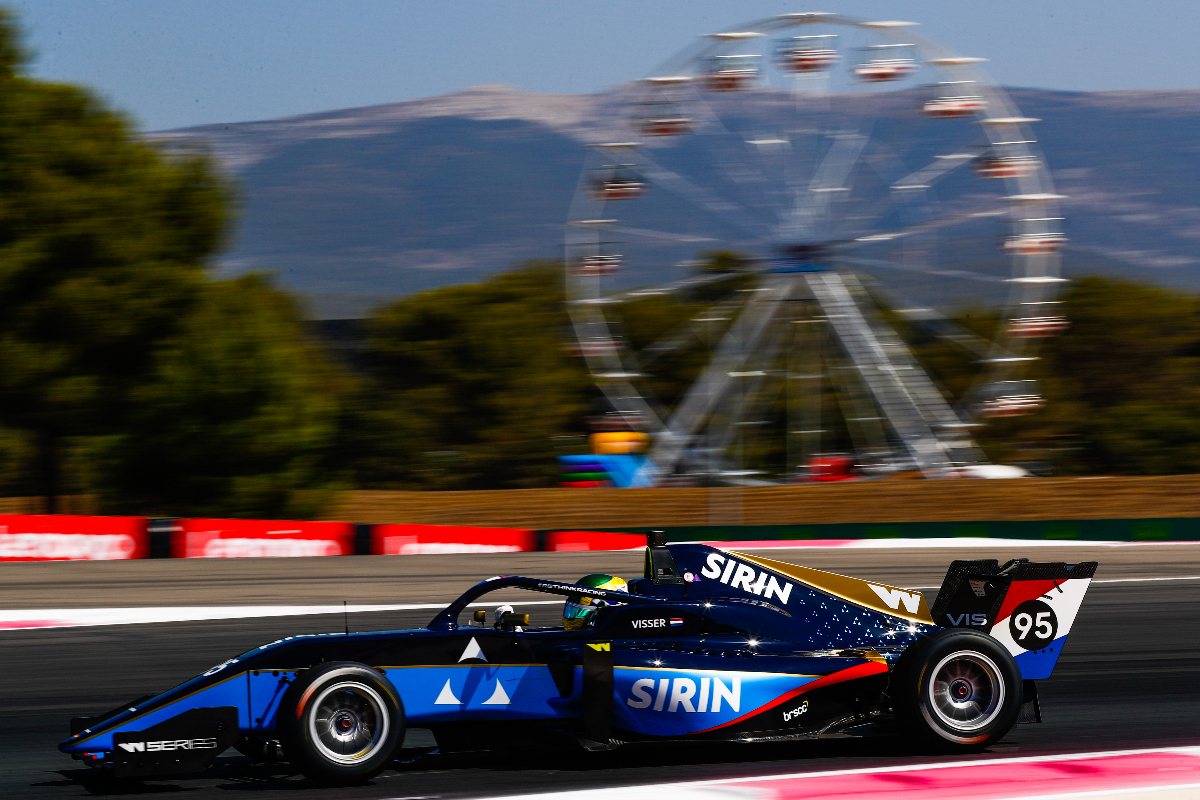 Beitske Visser will start from pole in W Series for the first time as she has been moved to first place on the grid for this weekend’s Paul Ricard race.

Jamie Chadwick had beaten Visser to pole in qualifying by 0.011 seconds, but the championship leader has been handed a two-place grid penalty for crossing the white line at the pitlane exit late in the session.

That promotes Visser up from second to first, meaning she finally betters her best start position which she previously achieved at Zolder in 2019 and at the Red Bull Ring last year, and Chadwick’s run of consecutive poles is ended at three.

“I’m delighted to get pole position now, but it was a bit of a double feeling at the time,” Visser said.

“Yes, I’m back up there but it was only one hundredth to Jamie. Practice was also good this morning, so the confidence we have in the race pace means we can fight for the win tomorrow. After practice, we looked at the data and a couple of points where I could improve as the track is very different to this morning when we were the first ones out. For qualifying, the track was fully rubbered-in and the temperature was higher, so it changes the balance and you have to adapt your driving a little bit. The race is going to be hotter so that will be tricky, but I’m starting from the best place.”

Chadwick admitted “the penalty was justified, it was my mistake and I knew I’d done it straight away”, and explained how it happened.

“With the low light and the way the white lines are with the reflections it was a bit hard to see. I was looking in my mirrors and made the correction but by that time the damage had been done.”