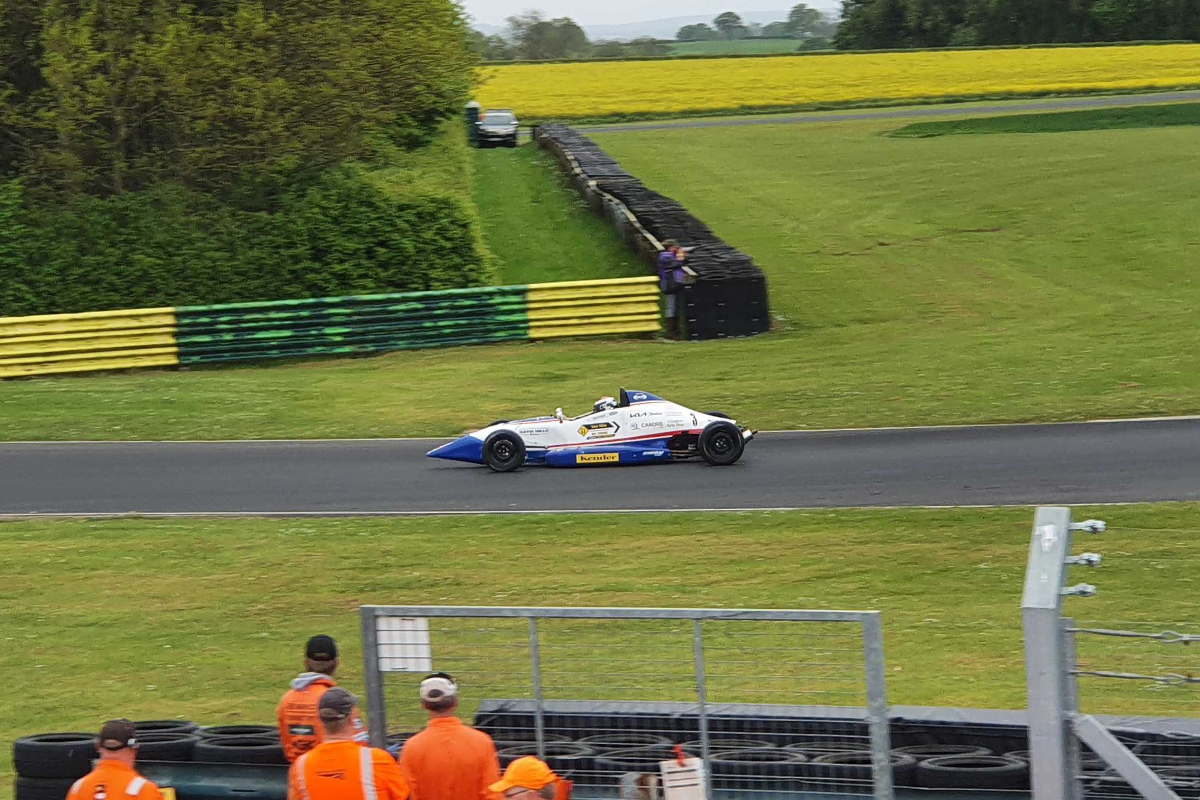 Kevin Mills Racing’s Jordan Dempsey has moved back into the provisional points lead of the BRSCC National Formula Ford 1600 championship with a dominant win at Snetterton.

Dempsey was comfortably faster than anyone else in qualifying, and carried that pace advantage into the opening race as he was frequently more than a second per lap faster than his opposition.

He was 1.53 seconds clear by the end of lap one, 3.1s ahead on lap two and a massive nine seconds up the road by the end of the eight-lap race.

Ammonite Motorsport’s pre-race points leader Colin Queen started second and dropped one position on the opening lap to B-M Racing’s Jamie Sharp after they went side-by-side through several corners, but he started lap two by getting back ahead of Sharp into Riches.

On lap four the positions behind Dempsey changed again, as Sharp and Team Dolan’s Morgan Quinn passed Sharp. Oldfield Motorsport’s Lucas Romanek cleared Queen on lap five, and KMR’s guesting Andrew Rackstraw did too by going around the outside of the Agostini hairpin.

Queen continued to fall down the order, while Romanek quickly closed in on Sharp and Quinn and passed both in a three-wide move into Riches on lap six. Rackstraw soon got onto the tail of the group as well but couldn’t find a gap to place his car in, and Ammonite’s Shawn Rashid also brought his Ray onto the tail of the fight.

All the while Dempsey had the track to himself up front, taking his fifth win of the season by 9.080s while Romanek only secured place by 0.167s over Sharp. Quinn was a further 0.203s behind, with Rackstraw in the end only 0.654s off the runner-up spot.

Murray Shepherd and Brindley Kinch were the two retirees from the race, with Shepherd having to stop his car at the side of the track, while B-M Racing regular Megan Gilkes was absent as she was racing in Formula 1600 in Canada.