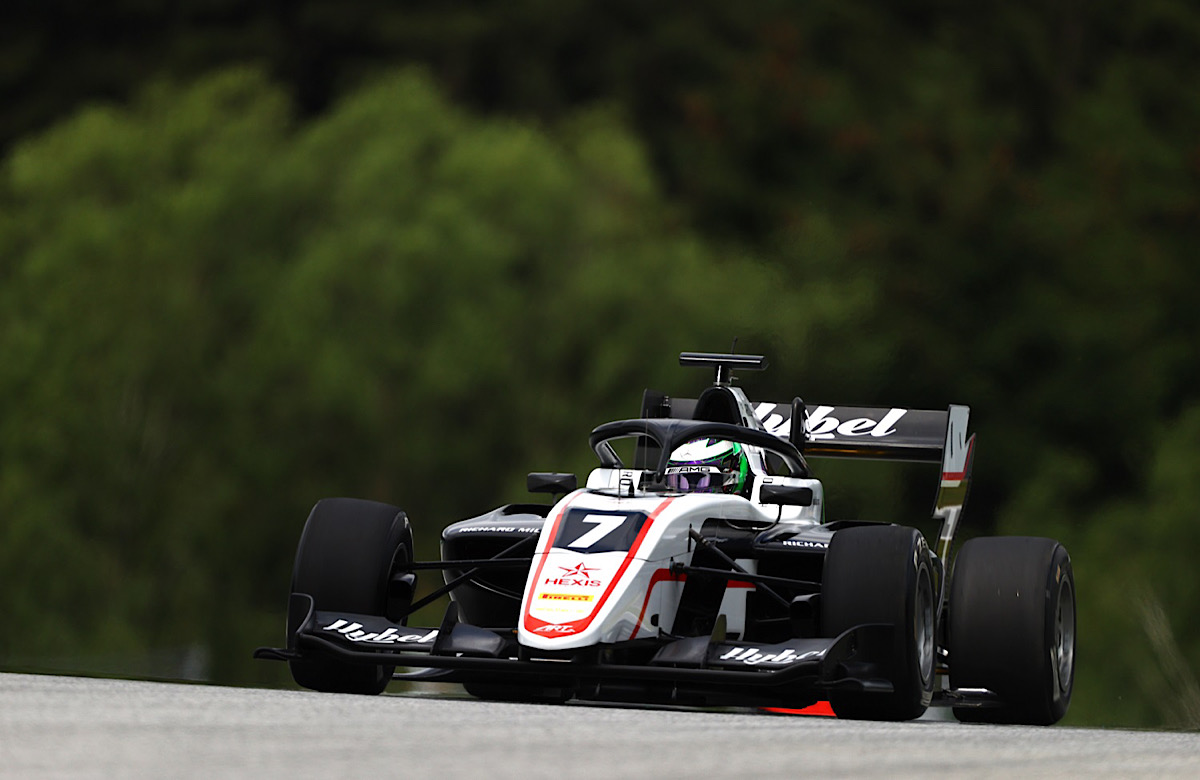 Frederik Vesti beats points leader Dennis Hauger to the victory in the final FIA Formula 3 Championship race of the weekend at the Red Bull Ring.

Vesti spent the opening laps battling Hauger and Alexander Smolyar, with Hauger having started from pole and led the field away early on. Once DRS was enabled, Vesti was able to get by Hauger for the lead.

Smolyar tried to follow Vesti through and was able to make the move stick shortly afterwards. The two ART Grand Prix drivers then battled at the front of the order, with Smolyar briefly taking the lead before Vesti managed to get back through.

Further back, Arthur Leclerc was battling with Victor Martins for fifth. Leclerc had enjoyed an impressive run up through the order after starting ninth, joining Prema team-mate Olli Caldwell in the battle against Hitech GP’s Jak Crawford.

Leclerc and Caldwell were separated when Caldwell managed to pass Clement Novalak and Leclerc couldn’t get follow him through. He stuck onto the back of the Trident driver until he was forced to defend his position from Martins.

Martins got by, and when Leclerc tried to reclaim the place on the run to turn five he took to the grass and went spinning across the track into Novalak at the corner. Martins was also damaged but continued to the pits, while Leclerc and Novalak’s races ended in the gravel and the safety car was brought out.

On the restart, Hauger stuck with Vesti while Smolyar was down to third and forced to defend from Caldwell.

Vesti managed to hold off Hauger, with a late virtual safety car helping his defence, for his first win of 2021.

Caldwell claimed third from Smolyar and briefly ran side-by-side with Hauger in the final laps.

Jack Doohan and Crawford battling for fifth late in the race when Crawford ran into the back of Doohan. Both drivers then had to pit, allowing Caio Collet to move up to seventh. Collet had started fourth but stalled and fell to last before charging back up the order.