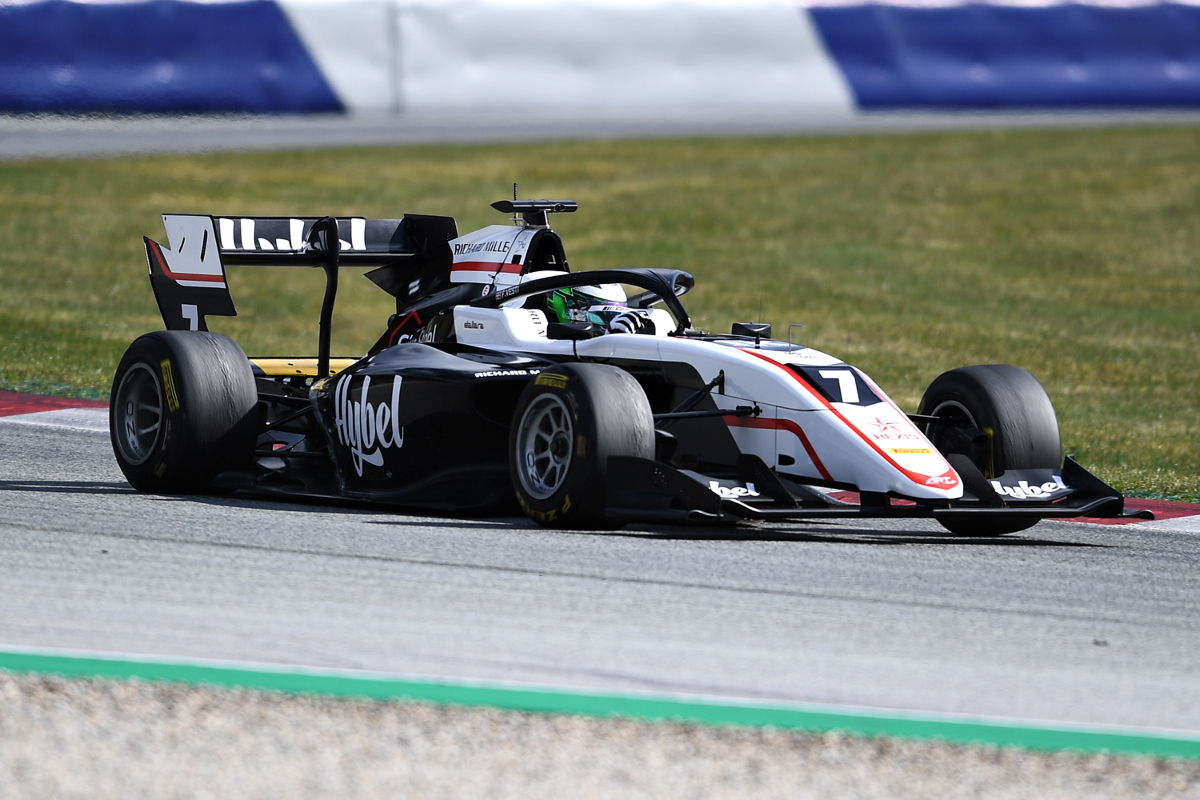 Frederik Vesti says rising up the order in FIA Formula 3 race one, and his pace to finish second in race two boosts ART Grand Prix’s confidence for Sunday.

The Mercedes-AMG Formula 1 junior started Saturday’s first race at the Red Bull Ring from 11th on the reversed grid, a result of qualifying second for Sunday’s race, but stalled and plummeted to 27th before charging back up to 13th in 24 laps.

That became 12th when Hitech GP’s Ayumu Iwasa was disqualified from ninth for ignoring black-and-white flags, and gave Vesti reversed grid pole. But 10 drivers got penalties and Vesti moved up to seventh, and down to sixth on the race two grid.

“I’m very pleased,” he said of his recovery drive and run to second in race two. “For myself, the team, we have worked really hard to come back to P2 today after race one, stalling, which is something that really can’t happen and it did, which is a shame. But we fought back really well, and this gives us a lot of confidence for tomorrow.”

Vesti initially ran in seventh in race two, gaining positions from drama ahead of him while he fought with Carlin’s Jonny Edgar. He had to battle his way past Hitech’s Roman Stanek for third place, which became second after MP Motorsport’s Victor Martins retired with mechanical issues.The points for that position lift the 2020 title contender to fifth in the standings.

“Well, first of all I didn’t expect to start in the front for race two,” admitted Vesti.

“I definitely expected and knew we had the pace to move forward in race two, starting from P6.

“I had some very, very close moments with some cars where I actually didn’t believe I would make it through. I did, but I did lose two positions because of that. I had to fight back again, which we did, and I think the car was strong throughout the race. So I’m happy we achieved what we wanted.”

The 19-year-old expanded on what proved to be a critical move on Stanek to earn the best result yet of his sophomore season.

“He was quite aggressive defending, so I couldn’t really send it up the inside, it would be a huge risk.

“So I decided to try the cutback out of turn three, it doesn’t usually work, but I got a really good drive and that meant I could use all the traction and overtake him on the exit, and I got past. So I was really pleased with that.”

Vesti added that he is ‘excited’ at the prospect of fighting Prena’s points leader Dennis Hauger for victory on Sunday as they share the front row.

“Today we gained a lot of experience, I was overtaking a lot of cars and also driving a bit in clean air, so we got a lot of data to look at for tomorrow to prepare best possible,” he said. “And I’m super excited for that.”