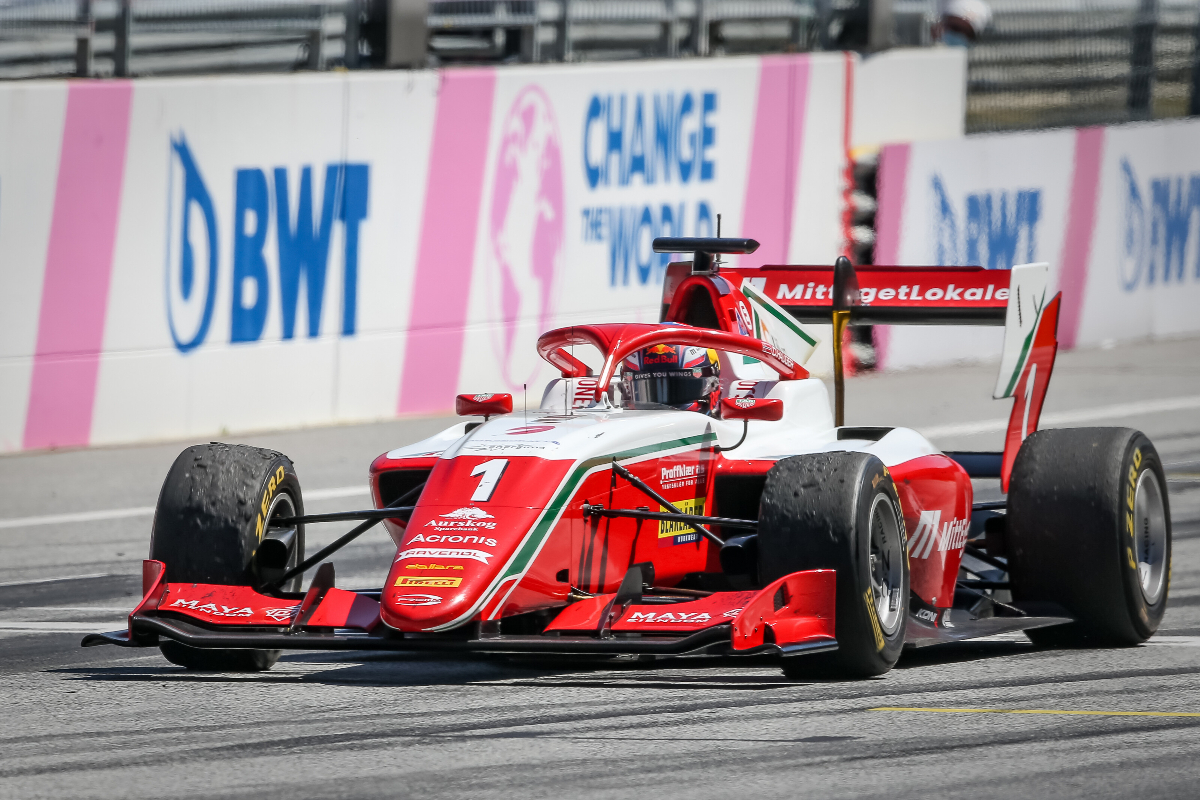 Dennis Hauger started Saturday at the Red Bull Ring with a FIA Formula 3 win from 12th on the grid, and ended it with an investigation that led to a fine.

The Prema driver’s car was considered legal in race one, but after his charge from 12th to third in race two the FIA’s technical delegate found he had a underside plank fitted that had been nominated for use on team-mate Arthur Leclerc’s car.

Each car is limited to nine planks (split into front and rear parts) over the seven-round season, and competitors must ensure “only marked and declared planks are used”. Hauger was found guilty of this, and a €7,500 (£6,437) fine has been handed out.

“The stewards summoned and heard the team representative of car #1 and heard from the technical delegate,” read the stewards’ decision.

“During the hearing, the team representative admitted that the mechanics mistakenly picked a wrong rear part belonging to car #2 and handed it over for installation on car #1.

“The team representative stated that the team clearly labels the plank parts to avoid misallocation. Both the rear parts of the planks allocated by the team for cars #1 and #2 were brand new before being installed on the cars.

“The stewards agree that the infringement was not deliberate, but merely an administrative mistake from the team’s side. It is the view of the stewards that no advantage was gained through the misallocation of the rear part during race two. To this regard, the steward impose the fine for failure to follow the procedures outlined in Article 4.4.1 of the 2021 FIA F3 technical regulations.

“Moreover, the stewards believe that a potential future advantage should be mitigated as a consequence to this infringement, and therefore decide that clarity should be placed on the future use of rear parts of the plank by car #1.

“While the stewards understand that errors can occur, this error is particularly significant, and this judgment requires the level of the penalties imposed.”

Hauger may have escaped without a sporting penalty, but some of his rivals were caught out post-race.

ART Grand Prix driver Juan Manuel Correa was absolved of blame in his battle with Carlin’s Kaylen Frederick during race two – which led to the latter breaking his thumb, missing the next race and copping him a three-place grid penalty – but was deemed to have exceeded track limits “without justifiable reason” on a number of occasions at the final two corners.

He was issued a 20-second penalty in place of a drive-through for his misdemeanour but it had no impact on his result.

MP Motorsport’s Caio Collet was docked five seconds for track limits violations, dropping him a spot to 17th, and Carlin’s Ido Cohen got the same penalty and was demoted to 20th place.