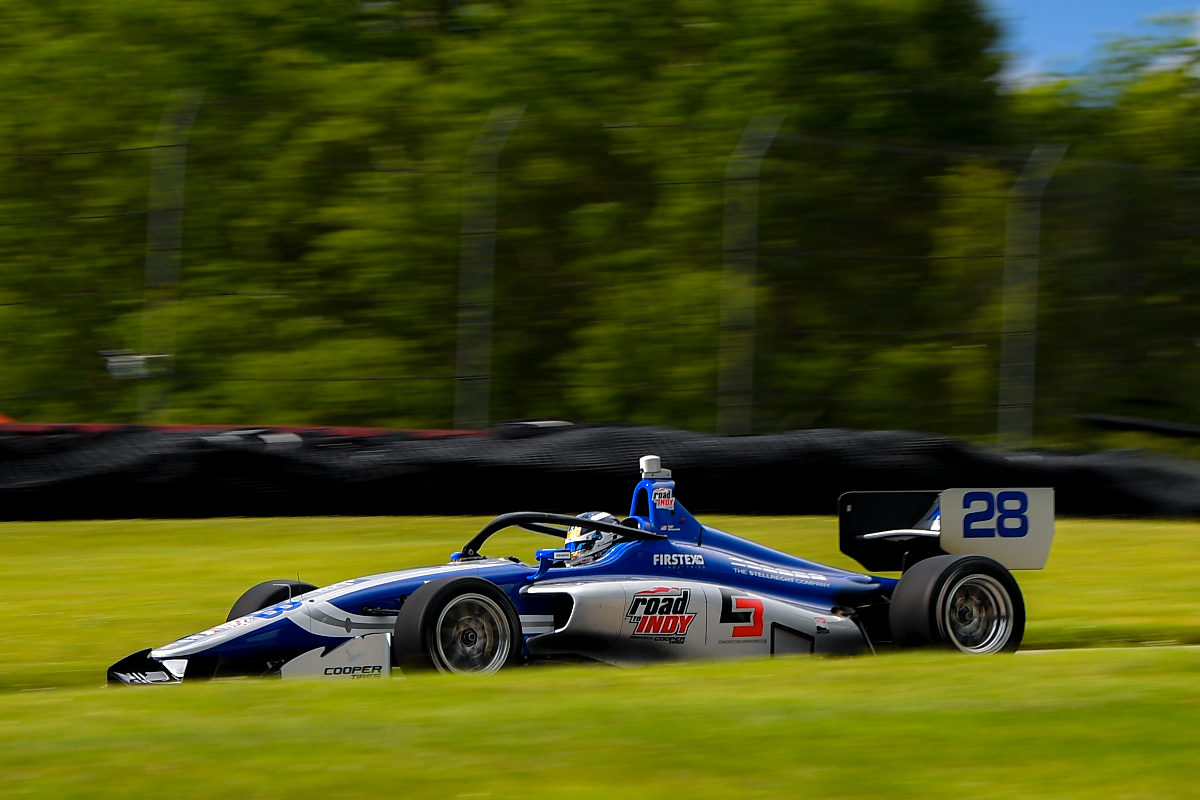 Kyle Kirkwood moves back into the Indy Lights points lead with his fifth win of the season in race one at Mid-Ohio.

Malukas was able to keep with Kirkwood’s pace, while Frost drifted back but in an unchallenged third place until lap 11 when Malukas – still within a second of the lead – ran off at the crest of turn eight and went through the grass.

He returned to track just ahead of Linus Lundqvist, with Frost now promoted to a lonely second place.

While Kirkwood pulled away even further over the remaining 24 laps, and Frost matched his best finish of second, Malukas worked to pull away from Lundqvist. His run to third wasn’t enough to retain his place at the top of the championship standings though, and he’s now two points behind Kirkwood.

Lundqvist is a further 11 points behind, while title outsider Toby Sowery finished sixth after a poor qualifying performance compounded him to a race spent mostly behind Robert Megennis and then Benjamin Pedersen.

He was eventually able to clear Pedersen with a strong pass around the outside of turn four, but he wasn’t able to catch up with fifth placed Devlin DeFrancesco in time to challenge for that position.

The battle for 10th was decided very early on, with Sting Ray Robb making an error that dropped him down the order to 11th. It put him between Christian Bogle and Nikita Lastochkin, and the challenge from behind wilted when Lastochkin’s front wig hit the rear of Robb. While a part of the wing wedged itself almost under Lastochkin’s tyre, it didn’t risk a puncture.

Robb challenged Bogle, but found overtaking difficult to do and then didn’t have the pace to match late on.

Antonio Serravalle came home six laps down after pitting with a handling issue.