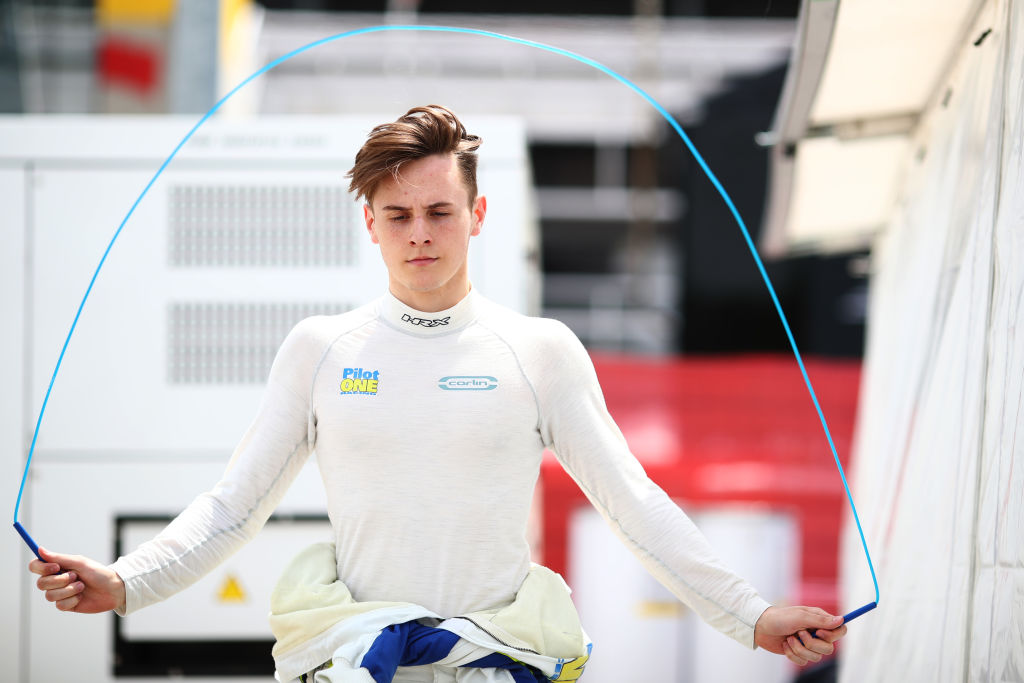 Carlin’s Kaylen Frederick has been taken to hospital after a clash with Juan Manuel Correa in the second FIA Formula 3 Championship race at the Red Bull Ring.

Reigning BRDC British F3 champion Frederick started fourth in the Saturday afternoon race, and was running in that position when he collided with ART Grand Prix driver Correa after coming in too hot into the uphill turn three hairpin.

The pair both spun around and stopped at the corner, with Correa getting going again and going on to finish 24th while Frederick made it back to the pits and retired.

Frederick recieve two penalty points for the incident and a three-place grid penalty, but that will now be served at the Hungaroring as he will miss the final race of this weekend following his hospital trip. The FIA revealed why:

“The FIA advises that, following an incident during the FIA Formula 3 race two today, in Austria, the driver of car #24, Kaylen Frederick, has been taken to Universitatsklinikum Graz Hospital for investigation and treatment of a hand injury.

“He was found to have a fracture dislocation of his left thumb. He is otherwise well but will take no further part in racing this weekend.”

It is the first weekend-ending injury sustained by a driver in FIA F3 this season, while in Formula 2 a crash with Carlin’s Dan Ticktum in Baku has left ART GP’s Theo Pourchaire recovering from injuries to the bones in his left arm.

Pourchaire plans to be back in the car for the next round of the season at Silverstone in two weeks’ time.