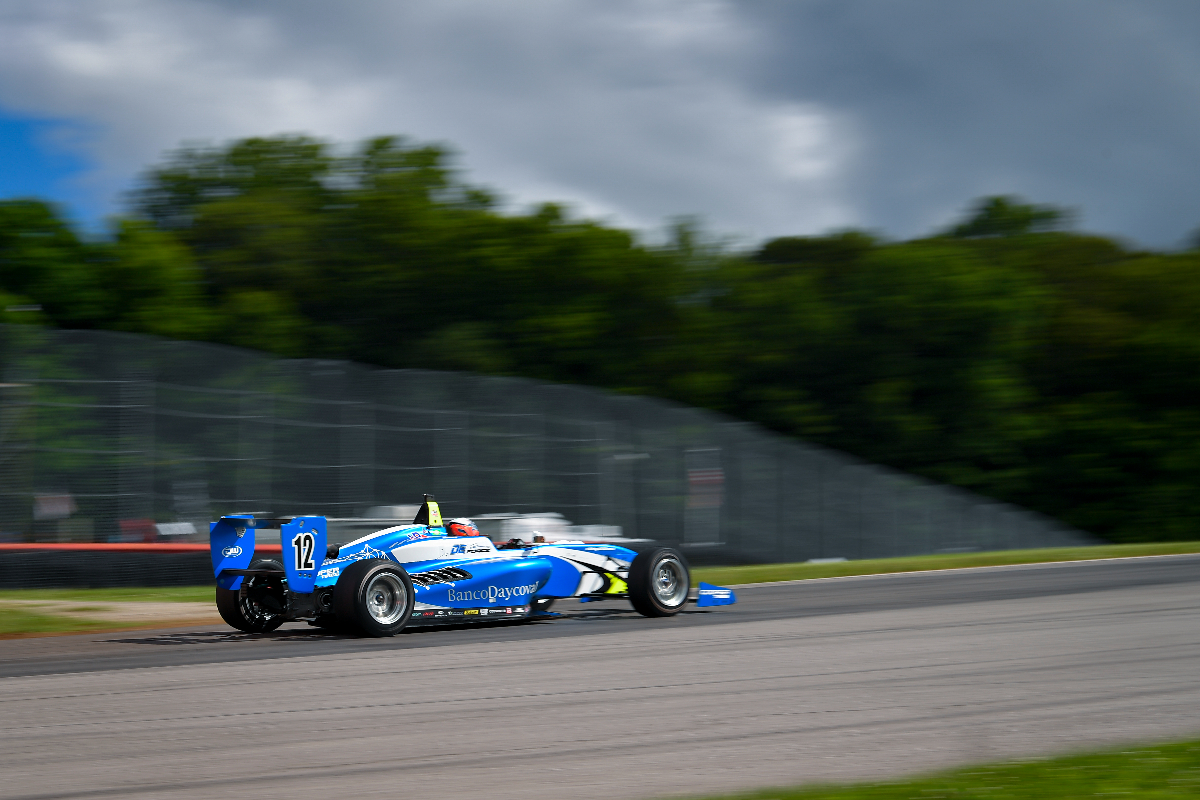 Porto and Cape Motorsports’ Michael d’Orlando held their front row positions after the start, and soon started to pull away from the pack. The absence of any caution periods, unlike Friday’s race, made it impossible for the pack to catch up.

Porto had the race under control in every moment, which left d’Orlando without an actual opportunity to attack the leader despite remaining in his mirrors. In race one he had passed poleman Porto for the win the first time a chance arose to.

Legacy Autosport’s Simon Sikes stood on the podium for the third time in a row. Sikes was able to keep up with Porto and d’Orlando’s pace in the early stages, but he started to lose ground after lap seven of 20. However, that didn’t impede him from taking a comfortable third place.

The top 10 was completed by Nolan Siegel, Billy Frazer, Christian Brooks, Jace Denmark-Gessel and Josh Green. It wasn’t until the last laps that those places were decided, with some close battles among them delighting spectators with some two and even three-wide moments with two laps to go after Siegel decided to get racey.

Pabst Racing’s title contender Yuven Sundaramoorthy dropped back to 25th after lap one, but he was able to recover. By lap four of the race he had already made up eight places and went on to finish 15th, but he is now 56 points Porto in the standings.