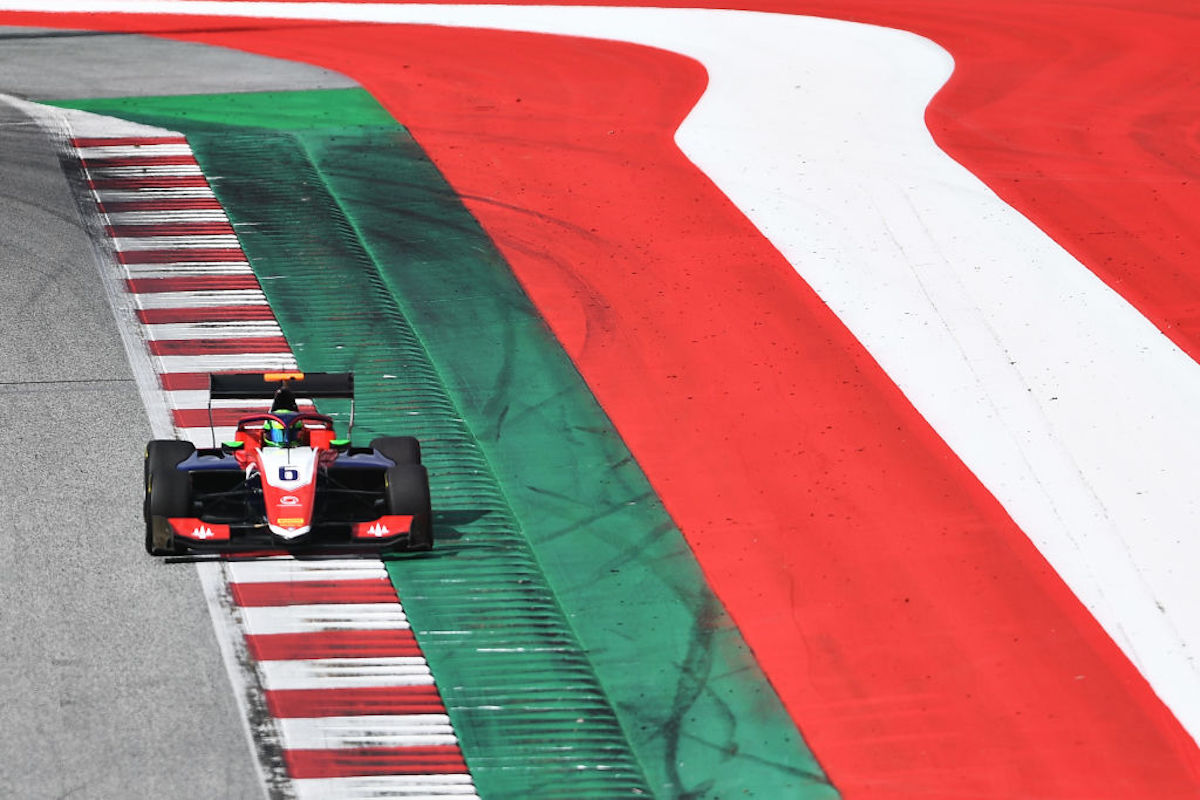 David Schumacher dominated the second FIA Formula 3 Championship race of the weekend at the Red Bull Ring to claim his maiden win.

After a shake-up to the race one order, the Trident driver started from reversed-grid pole and was rarely challenged throughout the 24 lap race.

Schumacher at one point had a lead of more than four seconds, and was two ahead of the rest of the field when he took the chequered flag.

The battle for second was much less simple. Stanek started third and came under pressure from Jak Crawford early on.

Contact between Logan Sargeant and Tijmen van der Helm brought out the safety car in the opening stages of the race. On the restart, Crawford kept the pressure on Stanek and was briefly able to get up to P2, only for an apparent mechanical problem to leave him going slow on track.

As Crawford plummeted to the back of the order, Juan Manuel Correa was hit from behind by Kaylen Frederick while they battled for third. Both drivers would be taken out of the race and the virtual safety car was deployed.

At this point Schumacher was two seconds clear of Stanek in second, but the Hitech GP driver had no time to try to close that gap. Martins was now on Stanek’s tail, trying to find a way past.

Martins attempted multiple moves but couldn’t make the pass stick. Eventually, on lap 15 of 24, he swept past Stanek with two wheels on the grass to take second.

Stanek then found himself under pressure from Frederik Vesti, but Martins was unable to pull away from the battle and close the gap to Schumacher.

At one point everyone from Martins in second to Arthur Leclerc in P12 was in a single train.

Vesti was trying to find a way past Martins late on when Martins suddenly started going slowly. He dropped down the order, and with only a handful of laps left, the incident was covered by double waved yellows.

Vesti was unable to close the gap to Schumacher in the time remaining and finished second.

Championship leader Dennis Hauger managed to avoid the drama to climb up to third ahead of Stanek and Jonny Edgar, who spent the closing stages of the race battling Jack Doohan.

Doohan would eventually be pipped to sixth by Leclerc, who produced another amazing climb up the order from 24th to sixth.

At the tail end of the top 10, Enzo Fittipaldi and Caio Collet had been battling when the two came together. Fittipaldi went slightly airborne but both were able to continue, only for Collet to cut back across Fittipaldi and be sent into the gravel.

The incident took Collet out of contention but Fittipaldi was able to keep going and finished eighth, with Olli Caldwell and Johnathan Hoggard completing the top 10.