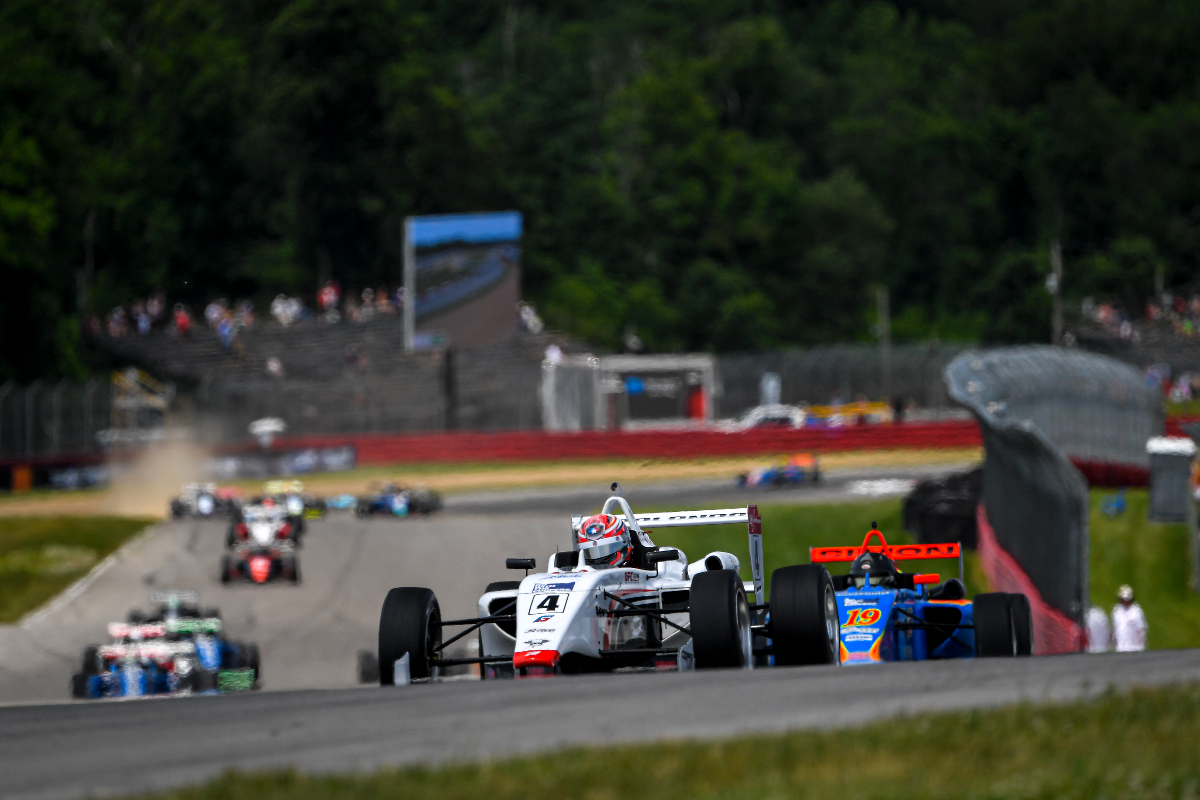 It wasn’t long from the start that the first incident of the race took place. Dylan Christie connected Myles Rowe after losing control of his car going into turn two, and the full course yellow was out.

Once the race was restarted d’Orlando gave it his all to pass Porto and he actually made it after going side-by-side for half a lap.

Just like in race two, Legacy Autosport’s Simon Sikes kept it clean to take yet another podium. Already third after the start, he pulled a brave move on DEForce Racing’s Porto once the race went green again after the second FCY.

Exclusive Autorsport’s Matt Round-Garrido came third, building on his fourth place from race two. He moved up to fourth from 10th in the early stages of Sunday’s race, and gained another place when the race resumed for the third time.

It wasn’t all comfortable and calm though from there. In the last couple of laps, he had to defend hard to claim his podium.

Pabst Racing’s Yuven Sundaramoorthy bounced back from tough Friday and Saturday, taking fourth after some bold moves that allowed him to make up nine places through the race.

Porto struggled a lot on Sunday morning at Mid-Ohio. He started from pole, but every FCY restart cost him a place, and he came home in fifth. Due to that, his championship lead has been reduced to 19 points.

Exclusive Autosport’s Christian Brooks, currently fifth in the points, was another to have a strong race and rose from 16th to finish sixth. The top 10 was completed by Jace Denmark, Peter Vodanovich, who both ran further up before the restarts, Thomas Nepveu, and Spike Kohlbecker.