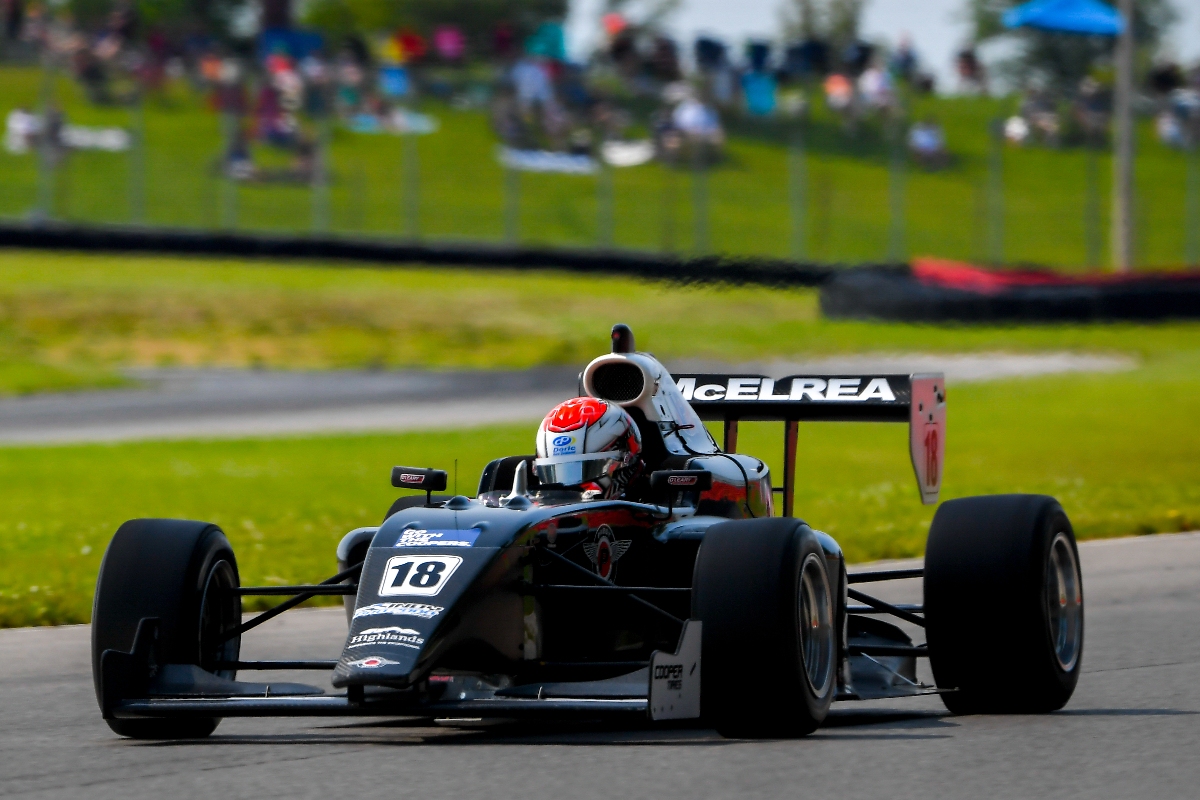 McElrea started from pole, and after fending off Exclusive Autosport’s Artem Petrov into the opening corner he had a peaceful run to victory in the 25-lap race.

Petrov also had a pretty quiet run to second place, while Jay Howard Driver Development’s points leader Christian Rasmussen was passed for third by Juncos Racing’s Kyffin Simpson and ended up fading through the first half of the race.

He dropped another spot to Simpson’s team-mate Reece Gold, and while he then started pressuring Gold in the second half of the race he didn’t have the pace to actually make a pass and finished a subdued fifth.

Jacob Abel upped his pace at the end to finish right on Rasmussen’s gearbox, while Juncos’s Manuel Sulaiman held off Jack William Miller to finish seventh. Exclusive’s Braden Eves was also involved in that battle, but was otherwise off the pace.