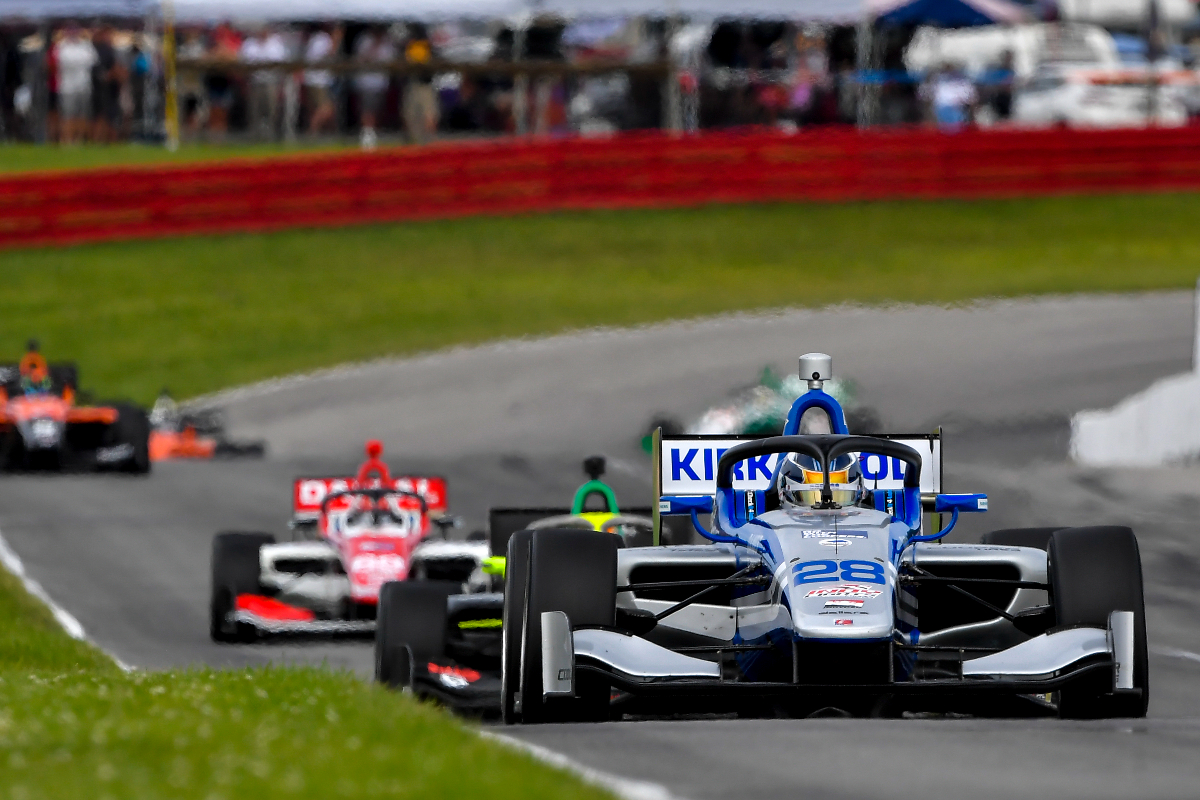 Kirkwood slotted in behind team-mate and poleman Danial Frost at the start but got by Frost on the second lap around the outside.

The lead gap got up to 1.5 seconds by lap 10 of 35 before a full-course caution was called after Carlin with Jay Howard Driver Development’s Christian Bogle went off at Turn 1.

Racing resumed a few laps later and Kirkwood was in control from there, growing his lead to more than four seconds. Following up victory in the weekend’s first race which put him in the points lead, the second win has now stretched that lead.

Frost found himself under pressure from HMD Motorsports’ David Malukas, who got past Global Racing Group with HMD’s Linus Lundqvist soon after the restart, towards the end but was able to hold him off and finish second for the second race in a row.

The positions stayed largely stagnant from there around the twisty circuit until the last few laps.

Lundqvist had to settle for fourth ahead of Andretti Steinbrenner’s Devlin DeFrancesco, who bettered Juncos Racing’s Toby Sowery as the pair swapped positions on a few occasions late on.

Andretti’s Robert Megennis made a penultimate lap pass on Global Racing Group’s Benjamin Pedersen for seventh albeit with light contact.

Carlin’s Alex Peroni and Juncos’s Sting Ray Robb rounded out the top 10, and after his off Bogle returned to track two laps down.