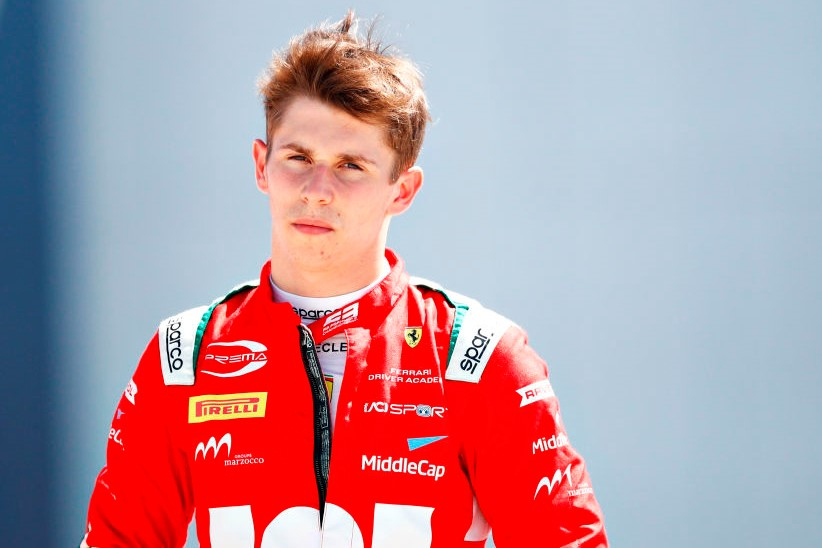 A grid penalty for Arthur Leclerc is among several post-race penalties handed out from the third FIA Formula 3 Championship race at the Red Bull Ring.

Prema driver Leclerc was fighting with MP Motorsport’s Victor Martins for fifth when Martins closed the door on the right-hand side down the straight after turn three.

Leclerc took to the grass, snapped off his front wing and then hurtled out of control towards the Gosser right-hander and wiped out Trident’s Clement Novalak. The pair retired in the gravel, while Martins took to the perimeter road and pitted.

The stewards determined that “car #2 [Leclerc] tried to make a move on the inside on car #17 [Martins] between turns three and four. Car #17 defended his line, but the driver of car #2 tried to pull alongside regardless.

“By doing this, he lost control and hit the back of car #17, damaging his front wing. Subsequently, the car made contact with car #5 [Novalak] as the driver was not able to control the damaged car anymore. The stewards determined that driver of car #2 is wholly at fault.”

Leclerc now has a three-place grid penalty to be served in race one of the next round at the Hungaroring.

Martins’ pitstop sent him to the back of the field, but he charged up to the edge of the points positions and claimed the fastest lap before being spun around by Carlin’s Ido Cohen on the last lap and dropping to 25th.

The most severe penalty was handed to Jenzer Motorsport’s Johnathan Hoggard for consistently breaching track limits. He had 30 seconds added to his race time and dropped from 18th to 25th, pushing Martins up one spot.

One position behind in the final classification is Hitech GP’s Jak Crawford, who was handed a 10s penalty for colliding with Trident’s Jack Doohan late in the race, while Doohan got his own 10s penalty in his lapped 27th place for track limits violations.

Jenzer’s Filip Ugran and HWA Racelab’s Oliver Rasmussen got identical penalties to Doohan, and Charouz Racing System’s Enzo Fittipaldi,was penalised five seconds for the same offence which knocked him down from 13th to 15th.

MP’s Tijmen van der Helm and HWA’s Rafael Villagomez collided exiting turn one in the race, and van der Helm was found to be at fault. A five-second penalty was dished out, and he falls three places to 20th.

It concludes a weekend filled with penalty decisions being, with 11 drivers penalised after race one and four after race two.