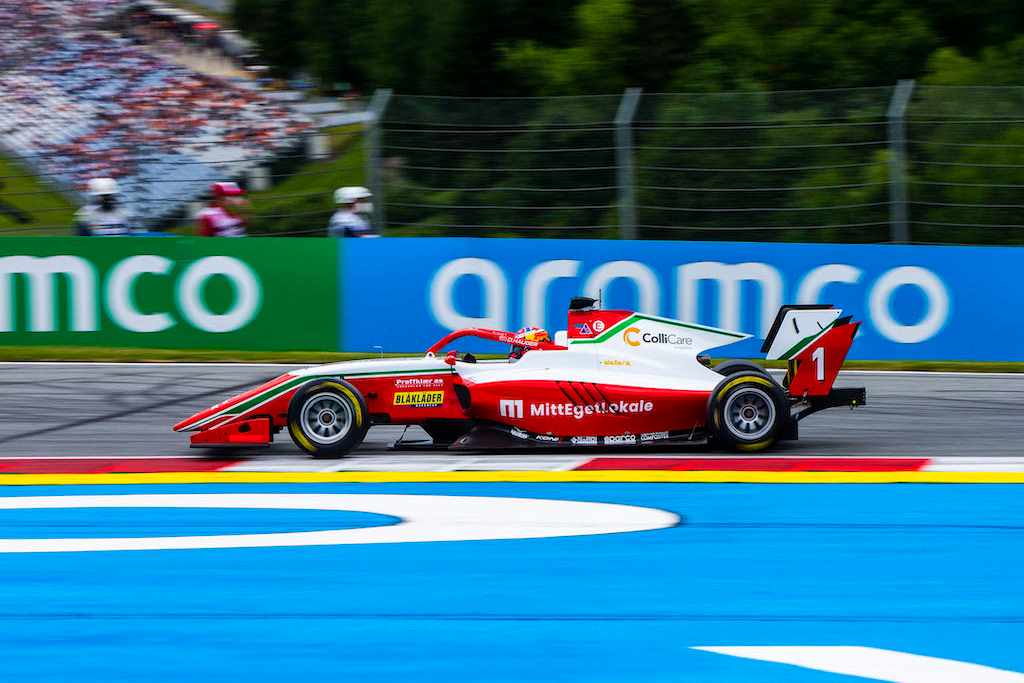 Dennis Hauger believes he could have taken two FIA Formula 3 Championship wins at the Red Bull Ring were it not for a late virtual safety car in race three.

Following victory from 12th on the grid in race one, and a charge from the same position to second in race two, Prema driver Hauger started on pole for Sunday’s race but was passed by ART Grand Prix’s Frederik Vesti in the early stages.

While he kept with him throughout, he was unable to find a way back past and came under threat from team-mate Olli Caldwell and Vesti’s team-mate Alexander Smolyar. He held them off after a safety car, and then a VSC with two laps to go.

“In the beginning of the race I was trying to push a bit to get out of DRS and I was close, but just not enough,” said Hauger.

“I saw the two ARTs behind just pushing and getting closer, so I knew it was going to be a long race and I didn’t want to use too much time and try to maybe create a gap with some others behind.

“At some point I dropped back to third without trying to defend too much either. And from then on tried to create a gap behind with the guys fighting, but it was always going to be a train.

“I saw Smolyar trying a move, trying to push him [Vesti] to do a move and he did one, and that got me by him. And after that, really tried to stay behind Frederik for the whole race and wait for the last couple of laps.

“I think the pace was pretty good, just staying in the slipstream and trying to be around there.

“But unfortunately, the VSC didn’t make it easy for me. I looked quite close but I was a bit unlucky with where it ended, and it just lost a bit of momentum out of the last corner and I couldn’t really stay close into the last lap.

“So a bit of a shame, but still really happy with the weekend overall so I have to take that with me.”

Hauger’s Saturday results looked at threat when he was investigated for a technical infringement regarding the use of a non-declared rear plank, which he gave his take on to Formula Scout, .

“I left the track before I actually heard about it. It was quite a late night just sitting there, waiting, but it was a bit of a mix between it and it was something that was out of my control. But it was nothing, I [didn’t] gain any advantage or made anything different. So I’m happy that I didn’t get a punishment for something that I couldn’t do anything with.”

The plank in question was registered for use by team-mate Arthur Leclerc, whose weekend ended with a heavy crash that led to “potential injuries to his right chest and side” being investigated at hospital and a three-place grid penalty.