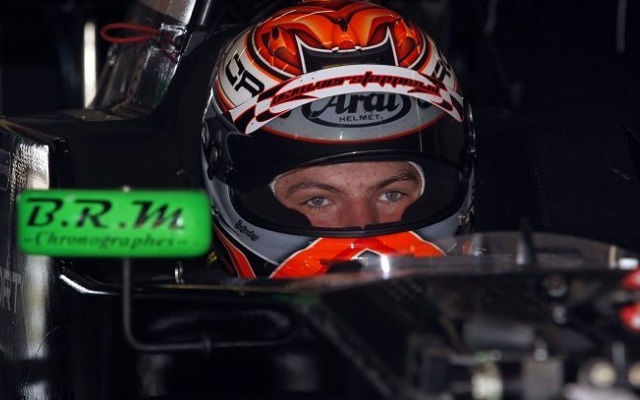 Reigning CIK-FIA KZ1 world champion Max Verstappen has signed on to compete in this years’ Florida Winter Series. The Dutchman will be joined by fellow karting graduates Vasily Romanov and Takashi Kasai, as well as Formula 3 racer Tatiana Calderon in rounding out out the eleven-car entry list.

Dutch karting ace Verstappen moves to car racing after a phenomenal 2013 season in karts, which was capped off by capturing the CIK-FIA World Championship in the KZ1 class. The 16-year-old, who is the son of ex-Formula 1 driver Jos Verstappen, will partake in the Florida Winter Series with his plans for main-season 2014 racing still unconfirmed.

Colombian F3 racer Calderon joins the series on the back of a dual campaign in British F3 and European F3 with Double R Racing, achieving a best result of third during the British F3 round at the Nurburgring in September. She looks set to continue in European F3 in 2014, having tested with Carlin and Fortec Motorsports this post-season.

Rounding off the latest additions are karting graduates Romanov and Kasai. 17-year-old Russian Romanov, who will complete with Tech 1 in the Formula Renault Eurocup this season, will make his car-racing debut after competing in the CIK-FIA KF European Championship in 2013. 17-year-old Kasai makes the graduation from the same category.