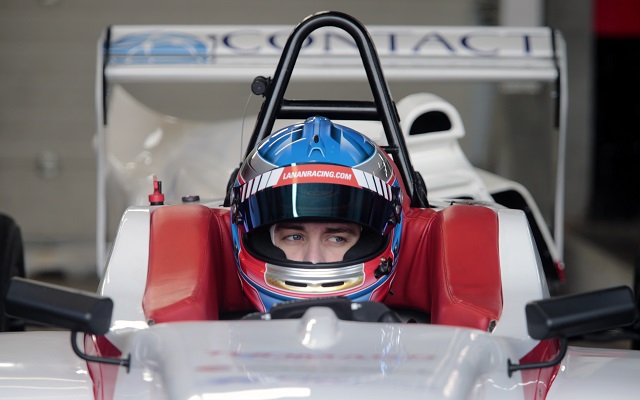 The Brit makes the move to the continental scene after a stellar campaign in the BRDC F4 series, taking four wins on his way to the title. He follows in the footsteps of recent NEC champions Jake Dennis and Matthew Parry, both of who moved to the series after racing in the local scene.

?NEC nowadays is a natural progression from a national championship in the UK,? said Jake, ?and Jake and Matt have gone on to have great success from doing it. I can learn the European tracks ? including quite a few Formula 1 circuits ? and learn the 2.0-litre Formula Renault car in a competitive championship against some of Europe?s best young drivers.?

After conducting an extensive winter testing program with several teams, including reigning NEC champions Fortec Motorsport, he chose to join Mark Burdett Motorsport. ?I felt most at home with Mark?s team. They?re great people and, with Andy Miller and Robbie Kerr on board, I expect to have a great chance of winning the title.?

It has also been confirmed that Hughes will also take part in selected rounds of the top-tier Formula Renault 2.0 Eurocup, with the aim to graduate to the series in 2015.

Hughes becomes the fifth driver announced for the NEC behind Fortec trio Ben Barnicoat, Martin Kodric and Charlie Robertson, as well as Mexican Fabian Welter at KEO Racing. The series will kick-off at Monza on April 13.