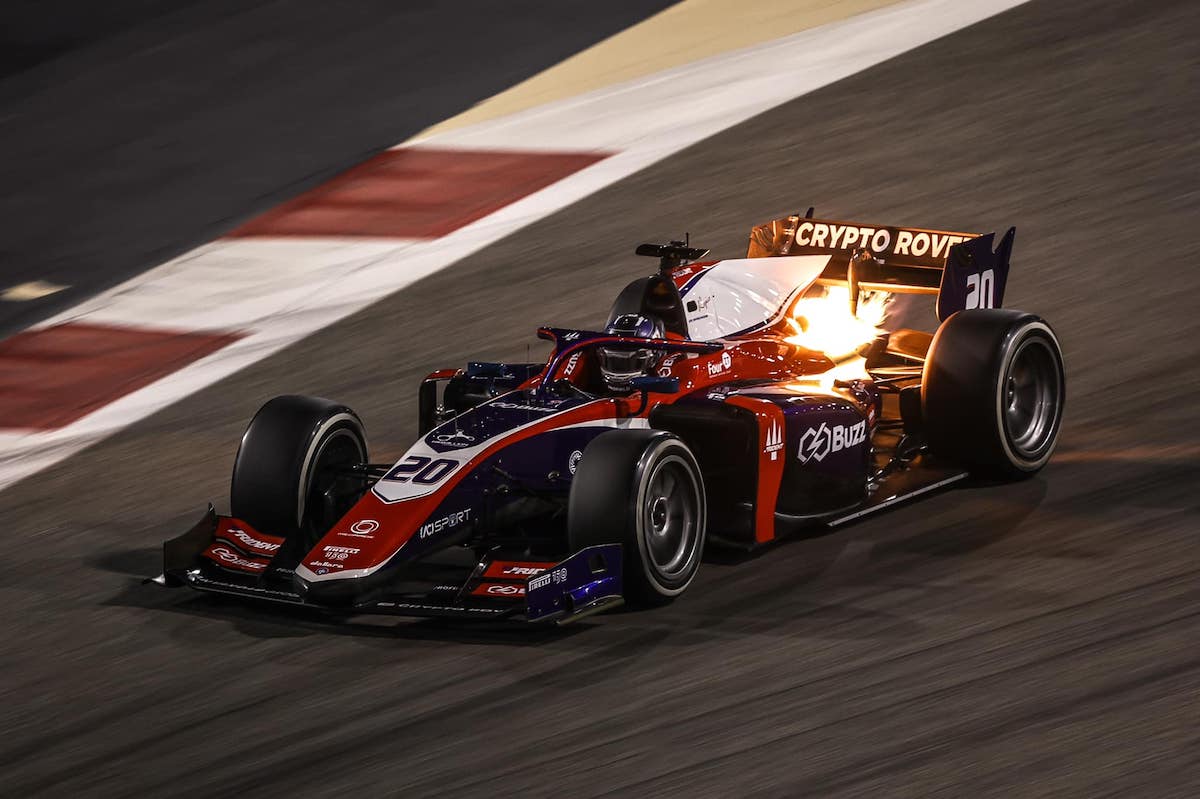 At the start the drivers on the right-hand side of the grid enjoyed the much better getaway with Verschoor taking the lead and Campos Racing’s Ralph Boschung storming to second place from sixth on the grid. At the same time, polesitter Felipe Drugovich dropped down to sixth position.

The safety car came out on lap three due to an incident between Jake Hughes and Marcus Armstrong. Van Amersfoort Racing’s Hughes, who had dropped several places on the first lap, touched the rear of Armstrong’s car at turn eight. The Hitech driver was spun round and stalled, ending his race. Hughes was handed a 10-second time penalty.

The race resumed by the end of lap five. Verschoor held on to the lead ahead of Boschung and Prema’s Jehan Daruvala, who had to defend hard from fellow Red Bull junior Liam Lawson.

This fight helped Drugovich to close on the Carlin driver and momentarily pass him around the outside at turn four, but the New Zealander immediately got back ahead of the Brazilian going into turn five.

Theo Pourchaire was running ahead of Drugovich under the safety car after a good start, but with his car leaking oil. After the restart he slowed and pitted to retire, the second year in a row that he has failed to finish the season-opening race because of unreliability.

A virtual safety car was deployed on lap 16 to recover Hughes’ car after he was hit by MP’s Clement Novalak at turn one. Novalak, who lost his front wing in the process, was awarded a 10-second penalty.

Verschoor continued to lead comfortably once the track was back green on his way to victory, while those behind him battled hard but fair for the podium.

Boschung pulled a nice move around the outside of Daruvala at turn four to regain second place, which he had lost just before the VSC. The fight between the two continued with Daruvala moving back ahead of the Swiss on the next lap.

Behind them Lawson, Drugovich and Juri Vips kept fighting each other for fourth place, before Lawson was able to move past Boschung and into the podium places.

Vips lost ground again over the final laps to end up behind Carlin’s Logan Sargeant, who would finish in sixth and within one second of Drugovich.

Ayumu Iwasa made a great recovery from the back of the grid to come home in eighth place, passing Dennis Hauger (who started 15th) to finish as the top F2 debutant. Feature race polesitter Jack Doohan struggled for pace in the closing stages and rounded out the top 10.