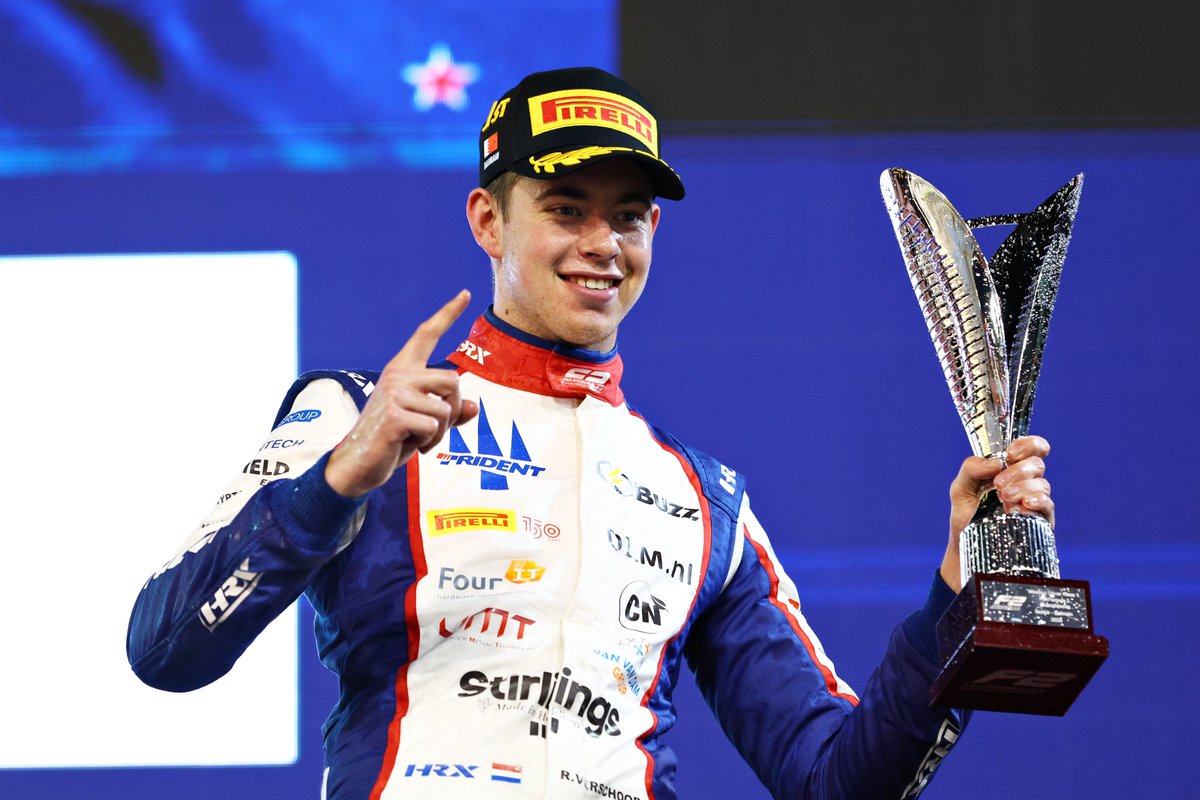 Richard Verschoor has put the onus on himself to continue improving Trident’s Formula 2 form after winning on his first start for the team in Bahrain.

Verschoor kept his cool in Bahrain to win from reversed-grid pole in the season-opening F2 sprint race, holding off Prema Racing’s Jehan Daruvala.

He belongs to the half of the grid not backed by a Formula 1 team and has traditionally struggled to secure budgets for full seasons, notably losing his seat with MP Motorsport late last year despite being a race winner.

This year, he was the final driver to be announced, a somewhat surprising addition to Trident – a team that hadn’t won a race in the series since the tail-end of the 2016 GP2 season with Luca Ghiotto.

Asked by Formula Scout in the post-race press conference about the work behind his result he said: “It’s been tough, I don’t really have, well not at all, a manager or management so basically all the partners I have, I talk to them myself. I even make the sponsor contracts myself.

“Yeah, I think there’s been a lot of effort going into that, to make sure I even can have a drive and follow my dreams. Yeah, it’s been tough but, in the end, luckily I have partners that support me in this phase, that’s why I’m even more proud to get the win today.”

Speaking about how he has settled with Trident, he said: “Every time I come into the workshop I see these nice trophies of all the Formula 3 trophies but I don’t see any F2. So finally they can add one.

“Obviously for me, I’ve been six years with MP Motorsport, so it was a bit of a change going to another team for me. But, to be honest, I got very used to it very quickly.

“I especially like the motivation that the guys have at the factory already. So, we’re going along well. This is a nice motivational boost for us, to win the first race of the season. So, I’m looking forward to continuing with them.”

Trident’s long-awaited win follows a smattering of podiums in 2021 courtesy of Bent Viscaal, and Verschoor seemed quietly confident when asked about his expectations for the rest of the year.

“It’s a good question. I didn’t really know what to expect coming into the season, but already in the test and then in qualifying, to be honest, the car felt really good. So, I’m really happy that we could already show that the car is good.

“So, now it’s up to me to continue this trend. For sure there are some things to work on, but I think our base is quite good at the moment, so we should just try and build on that. I’m not really sure where we can end up but let’s just try to take the opportunities that we have and then we should be fine.”