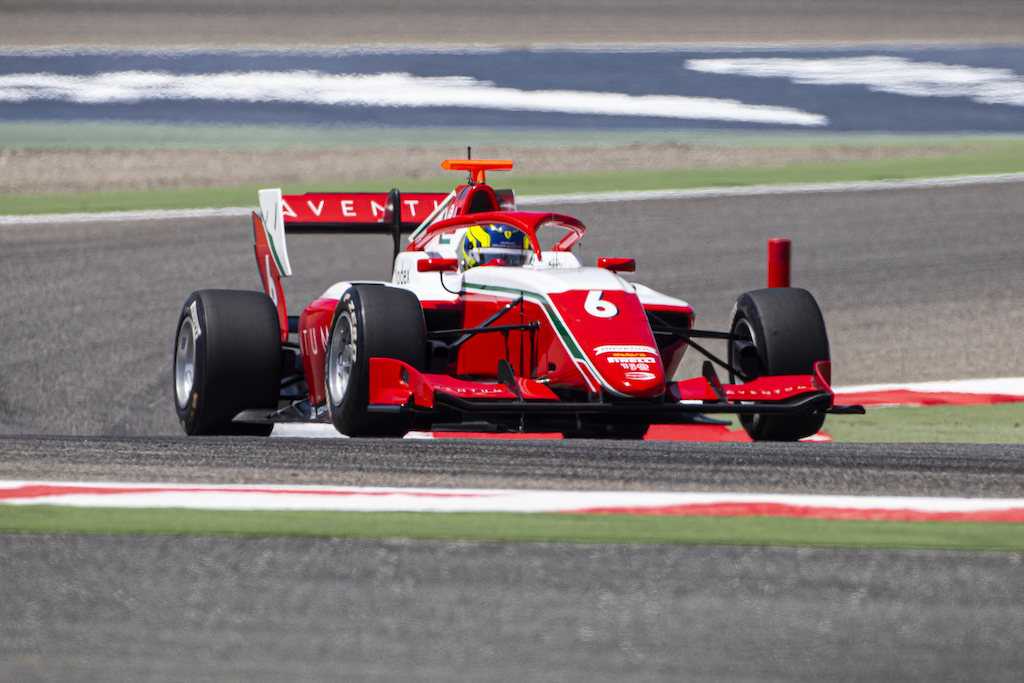 Ferrari junior Ollie Bearman was surprised he exceeded track limits enough during the FIA Formula 3 season-opener in Bahrain to cost him a maiden victory.

Prema Racing driver Bearman overhauled Williams junior Zak O’Sullivan to take the lead in the first race of the year, and opened up a handy gap to Red Bull junior Isack Hadjar, who eventually slotted into second.

Bearman was warned late on over the radio that he’d been shown a black-and-white warning flag for exceeding track limits, and was then awarded a five-second time penalty shortly after the race concluded, handing the win to Hadjar.

Nearly four hours after the race the FIA published the stewards’ reasoning, revealing that Bearman leaving the track at Turn 4 for a fourth time in the race “without justifiable reason” triggered the penalty.

“I didn’t actually find out about the track limits thing until after the race so that was a bit of a shame,” Bearman said in the press conference immediately after the race.

“Anyway, I’m still quite happy with the result. I had good pace, I made a decent start, managed to pass on track into the lead.

“Then after that, I was just managing the tyres and doing the distance. A bit unfortunate to get the penalty but still we showed we can win on track and just need to iron out those mistakes.”

Quizzed further on where he might have gone off track, he added: “I knew I did it once for sure, on the penultimate lap, I definitely went wide. But apart from that, I was pretty sure I was either on the white line or leaving some margin.

“So I didn’t actually know about the penalty until after the race finished, which is quite bittersweet but anyway.”

Hadjar was asked whether he could see Bearman exceeding limits during the race. “I wasn’t [aware] at all during the race,” he said. “I got a radio message from my engineer to say ‘OK, you won the race’ and I didn’t know why. He just told me, ‘yeah, he has a five-second time penalty’.”

The Hitech GP driver, winning on debut, added that “It feels very nice. I think it’s just a shame that we didn’t get that win on-track but we definitely had the pace to win it if we didn’t have those fights in the early stages of the race. But it’s a good start to the season for sure.”

Stewards investigated the first-corner incident between Friday’s top two qualifiers Franco Colapinto and Roman Stanek – which caused them to pit with front wing and tyre damage respectively – but took no further action.

They handed Gregoire Saucy a three-place grid drop for Sunday’s feature race for the contact that took he and ART Grand Prix team-mate Victor Martins out of the race.