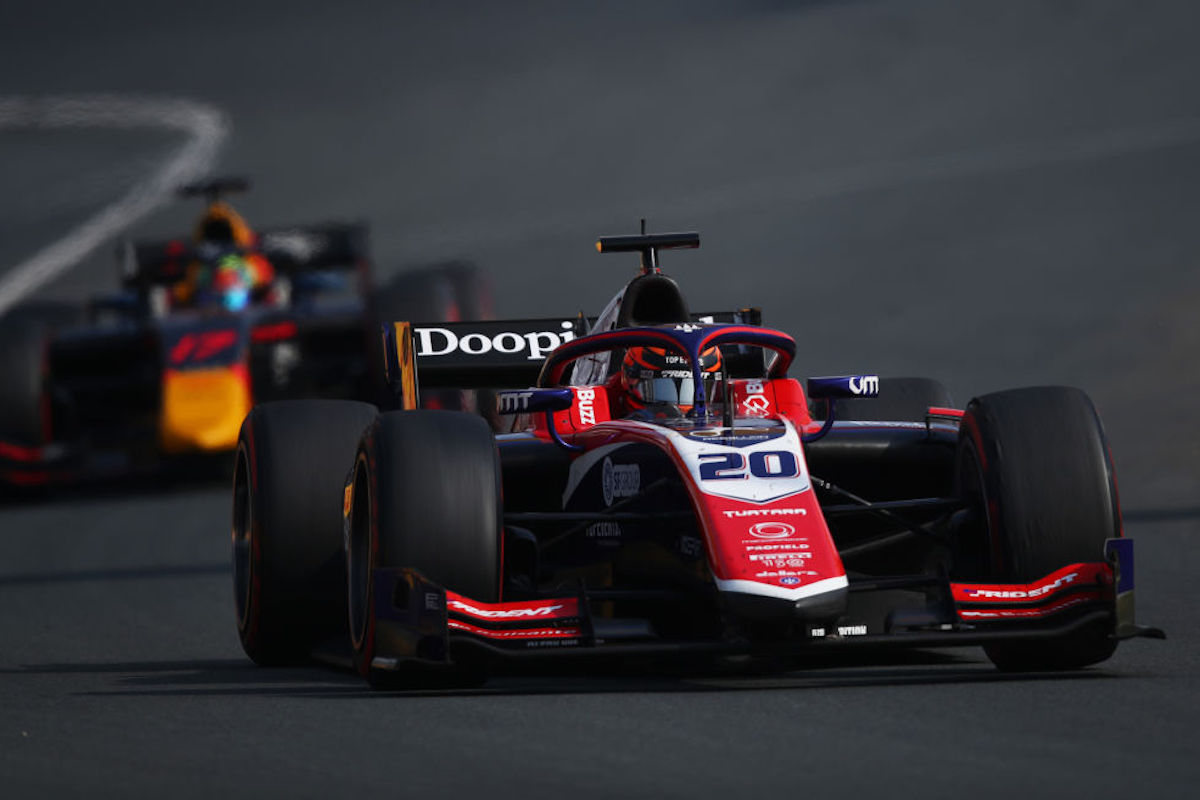 Richard Verschoor has apologised for punting Jack Doohan around on a safety car restart in Formula 2’s Zandvoort feature race, but says he “couldn’t avoid” hitting him.

As the field exited the final corner, with leader Liam Lawson still controlling the pace, several drivers behind sped up then slowed down. The resultant chaos led to Trident driver Verschoor striking Virtuosi Racing’s Doohan, who was fighting Felipe Drugovich for the win, and sending him into retirement. The safety car was called out again shortly after to recover Doohan’s car and that of Clement Novalak, who was also caught up.

After Doohan’s exit, Verschoor rose into second place once the pitstop phase of the race played out.

“Well, first of all, I have to say sorry to Jack, it was definitely not my intention to hit him,” Verschoor said in the post-race press conference.

“I thought everybody was going and then we all slowed, I locked all my wheels but I couldn’t avoid. It’s not the way I want to become second. Anyway, with the wing I don’t think I really had damage, it did feel like the first lap, but after that it was OK.”

He went into more detail on the restart, which also led to MP Motorsport’s Clement Novalak losing his front wing after he drove into the back of Charouz Racing System’s Tatiana Calderon.

“I couldn’t see the cars in front, and then the two cars in front of me start accelerating. And then suddenly they braked. And I was just too close. Like I thought I had a good restart, but then everybody braked again so I just hit him.”

MP’s race winner Drugovich chipped in, saying: “I think by regulations, if you accelerate we shouldn’t brake again. Just one go. It felt like whoever was in front, he went and then he stopped again. So that’s not really safe, but I’m not completely sure about that. I was in the middle of the pack, so there was kind of an elastic fact to it. I have to check it properly, but for sure wasn’t the safest restart.”

Verschoor added to that comment: “As Felipe was saying, it’s elastic. So the more you are at the back, if the cars in front of you accelerate, there’s no way. Because if you go, you go. It goes. Again, I apologise but I don’t think there was much I could do.”

Ultimately Verschoor escaped punishment for his impact with Doohan, with no action taken against Lawson either. However Roy Nissany (DAMS) and David Beckmann (Van Amersfoort Racing) were both penalised for fighting over position behind the safety car, and Nissany has now earned a race ban.