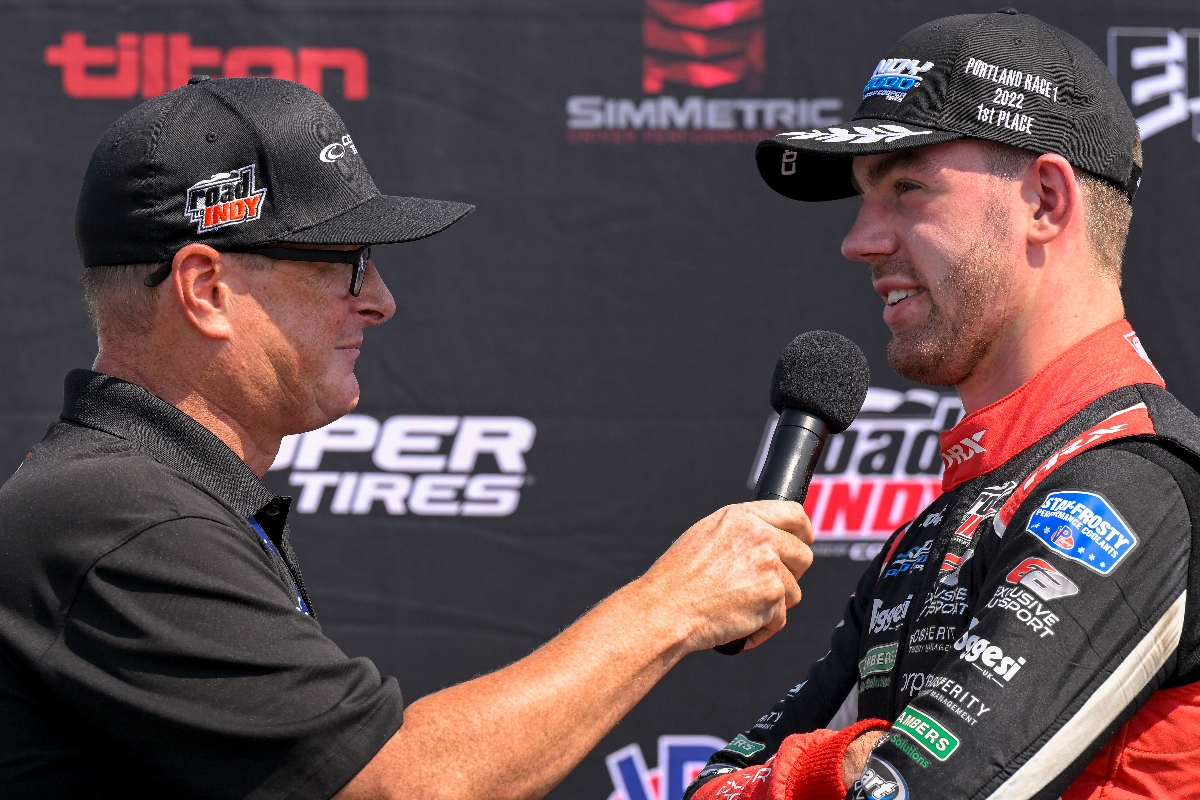 New Indy Pro 2000 champion Louis Foster says the series does not get enough credit outside of the United States.

The Briton spent the first four years of his car racing career at home, coming second in Ginetta Junior before switching to open-wheel cars and finishing third in British Formula 4 and BRDC British Formula 3 in back-to-back years.

In 2020 he made his first racing steps abroad, winning in a MRF Challenge cameo in India and then also on his debut weekend in Euroformula. He stayed in the FIA F3-level series last year and came second, at the same time moving to the US for his university studies. That prompted him to relocate his racing career for 2022, a move that proved successful.

“I can’t begin to describe how I feel right now, to win this title is absolutely incredible,” the 19-year-old said after wrapping up the IP2000 title with two races to spare on Friday.

“I have to say a huge thanks to the Exclusive Autosport team and all my backers for their support. I came out to America in 2022 with the goal of one day reaching IndyCar and winning this championship gives me the scholarship to step up and race in Indy Lights, the next step on my career path.

“The racing out here is incredible and I don’t think this championship gets the credit it deserves back home, but my team and I know what a challenge this series has been. Thanks to the IP2000 championship and the competitors I raced against this year for creating a brilliant series.

“To win on an oval and a street course at the first time of asking are memories that will live on with me through my career and I’m grateful to have them. Putting it on pole for this race really helped, as turn one can be really tricky here and there are usually incidents on starts and restarts as we saw today. After getting through the first corner it was about managing the lead and looking after the tyres in this long race, which we were able to do.”

Foster followed up his title-securing victory with a second place and a sixth, earning fastest lap in both of those races, and meant he finished the season 61 points clear of Juncos Hollinger Racing’s Reece Gold, who won the other Portland races.

A scholarship prize of $614,425 to spend on graduating to Indy Lights has been earned by Foster, and it is rumoured it has already been determined which team he will be going to in that series for 2023.

Runner-up Gold is also anticipated to graduate to the next level on IndyCar’s support bill, with Braden Eves also looking at progressing up a tier.