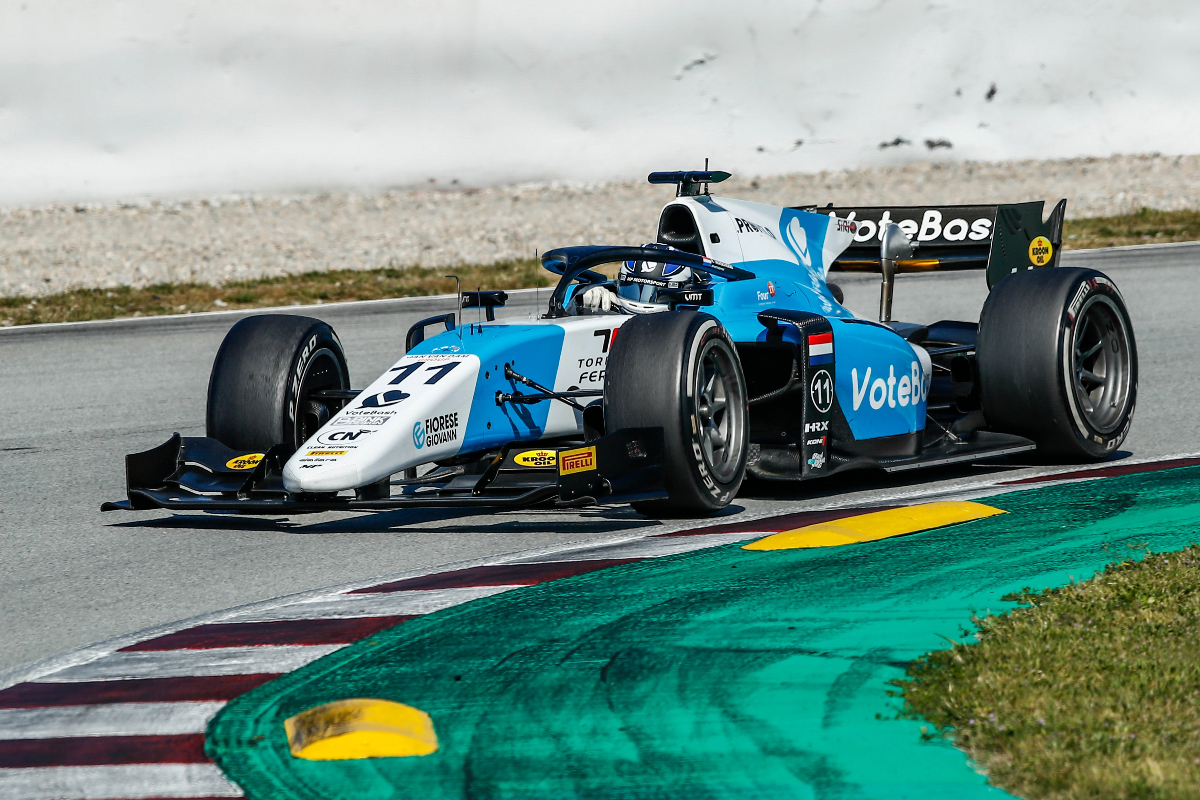 Richard Verschoor was fastest in Formula 2’s three-hour Saturday morning test session at Barcelona, which could be his last appearance in the series with no confirmation of a race return.

As on the first day of the test, MP Motorsport was the first team on track and its driver Verschoor set a 1m29.846s in the opening 10 minutes that was just a few tenths of a second off Friday’s fastest lap.

ART Grand Prix’s Christian Lundgaard, who set that day one pace, then pushed Verschoor off top spot before Hitech GP’s Juri Vips set the new fastest lap of the test with a 1m29.560s.

Lundgaard improved to a 1m29.628s in second place after 19 minutes, by which point most drivers had already returned to the pits after their first runs.

Verschoor was shuffled down to seventh after team-mate Lirim Zendeli went fastest with a 1m29.440s and quick laps came in from DAMS’ Marcus Armstrong and Carlin’s Jehan Daruvala and Dan Ticktum, but his attempt to bring himself back up the order ended halfway around the lap and resulted in the day’s first red flag period.

Campos Racing’s Ralph Boschung set a new 1m29.291s benchmark after the restart, with Vips coming in 0.015 seconds behind before posting a 1m29.062s to go back ahead.

While many teams opted to extend their stays in the pits following the restart, Boschung was quick to get back on an increasingly grippy track to become the first driver to lap sub-1m29s.

Daruvala and then Virtuosi Racing’s Felipe Drugovich lowered the pace minutes later, with the latter on top at the halfway mark on a 1m28.544s.

Verschoor went out on an empty track to lower the pace to 1m28.280s, and Boschung used the same strategy to go second.

There was otherwise very little action in the final 90 minutes, although DAMS sent Armstrong and Nissany back out and they went fourth and sixth, while Trident’s test-only driver Bent Viscaal made several improvements that eventually brought him up to fifth place, and the top 18 covered by less than a second.