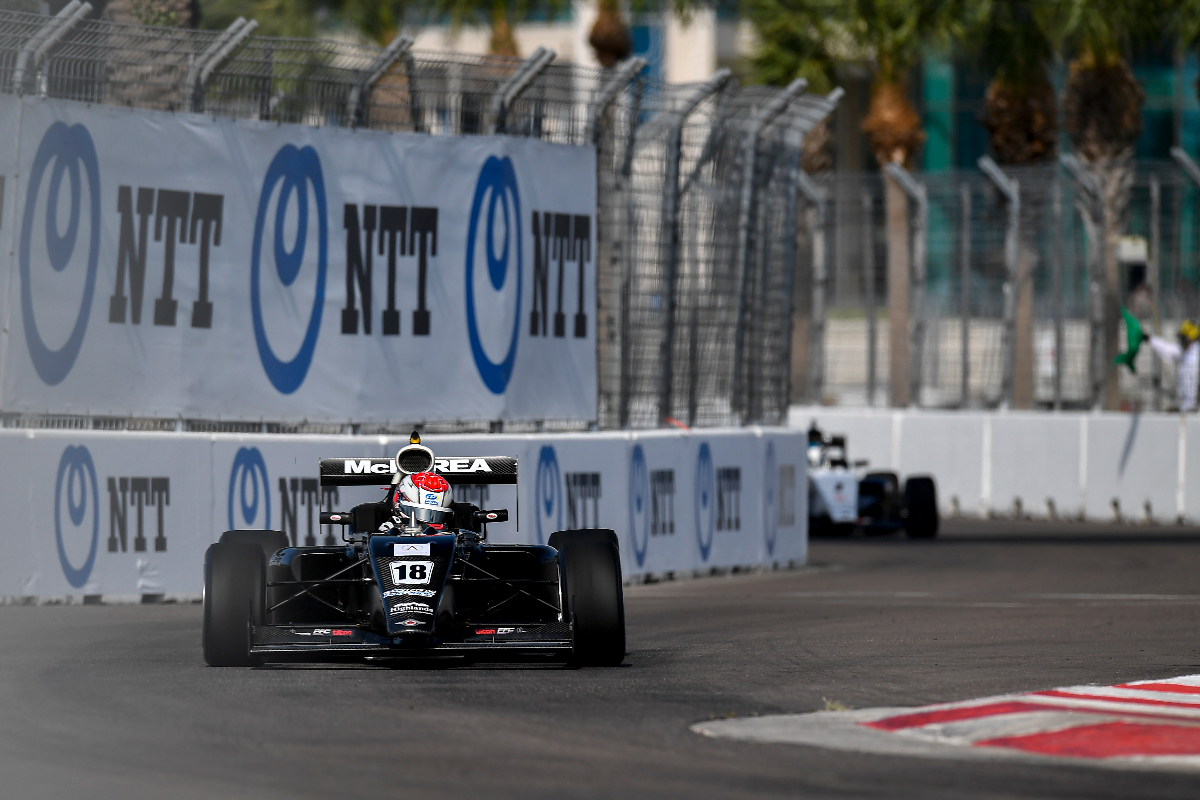 The 20-minute session featured laptimes improving considerably throughout, and Pabst Racing’s McElrea was among the drivers towards the top of the order throughout.

Jay Howard Driver Development’s Rasmussen was at the top of the session towards the conclusion, but McElrea’s final flyer was enough to take the top spot. While reigning USF2000 champion Rasmussen improved, he came up short by just 0.0174s.

Exclusive Autosport’s Braden Eves, who starts Saturday’s race from pole, spent a sizeable portion of the session in the pits with a transponder issue.

He was able to get out with five minutes remaining, and his penultimate lap on a higher fuel load was good enough for sixth before making a significant lock-up on his final effort.

Ahead of Eves is a Juncos Racing trio led by rookie Reece Gold. Manuel Sulaiman and Kyffin Simpson start fourth and fifth respectively.

Pabst’s Colin Kaminsky qualified seventh, ahead of JHDD’s Wyatt Brichacek and Miller Vinatieri Motorsports’ Jack William Miller – who was towards the top of the times early on but slipped down the order.

RP Motorsport’s Enaam Ahmed will start Sunday’s race from 10th, while team-mate Enzo Fittipaldi (who is co-run by Andretti Autosport) was unable to take to the track following his hefty accident in Friday’s qualifying.

The times up and down the order are relatively close, with all bar Fittipaldi and Velocity Racing Development’s Hunter Yeany within a second of McElrea at the top.