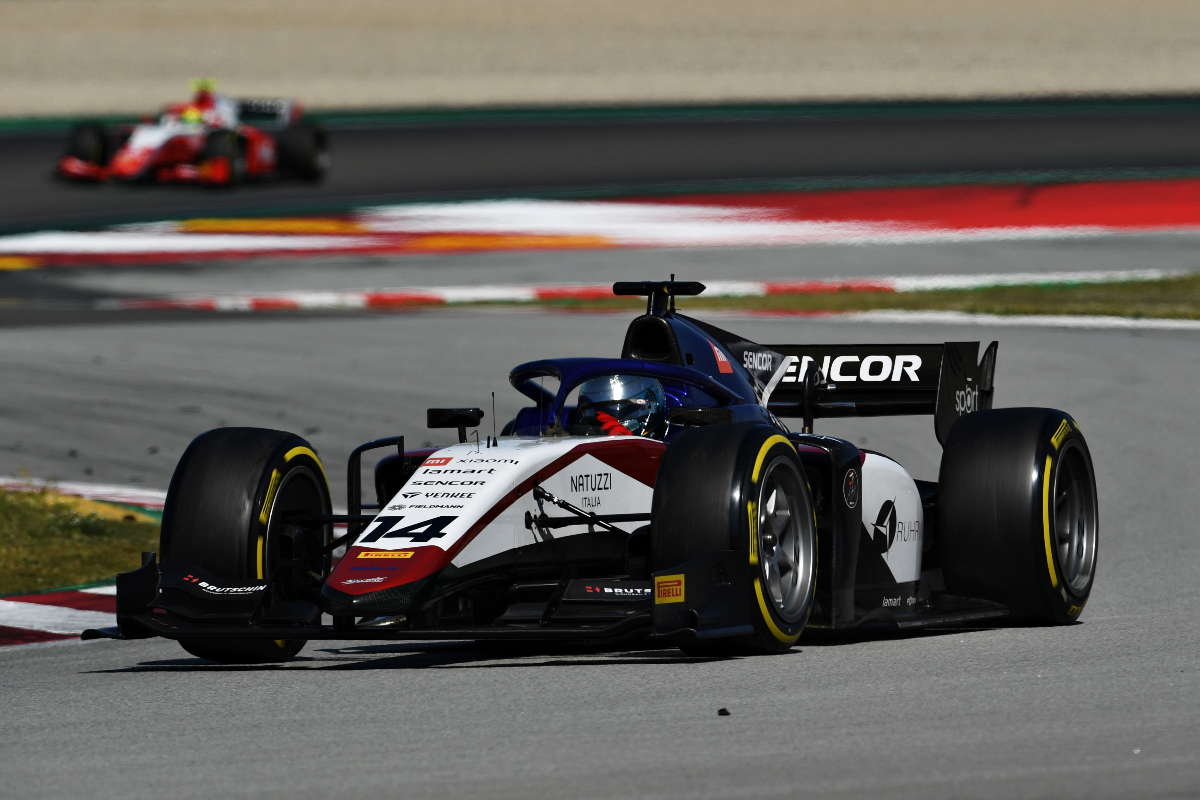 Charouz Racing System’s David Beckmann and Guilherme Samaia set the pace on the second afternoon of Formula 2 testing at Barcelona.

Virtuosi Racing’s Felipe Drugovich set his fastest lap within the opening 10 minutes, and that initially put him in first place ahead of fellow Brazilian Gianluca Petecof.

At that time only two other drivers had been on track, HWA Racelab’s Matteo Nannini and Campos’s Ralph Boschung.

Petecof surpassed Drugovich with a 1m30.684s lap 19 minutes into the three hours of running, and for the next two hourrs there was no change in the top three with nobody even lapping within 2.8 seconds of the early pacesetters.

During those two hours, Christian Lundgaard (ART Grand Prix), Lirim Zendeli (MP Motorsport), Samaia and morning pacesetter Richard Verschoor (MP) established themselves in fourth to seventh places ahead of Boschung, who didn’t improve on his lap set at the very start.

There was als a lengthy red flag period, caused by HWA’s Alessio Deledda spinning at turn 12 on an outlap, and the session was stopped again with 44 minutes to go when Prema’s Robert Shwartzman ground to a halt in sector one.

Just a minute before that, there had finally been a change of name at the top as Beckmann went fastest with a 1m30.374s lap.

The majority of the field headed out on the restart, with Samaia moving up to second place before both Charouz drivers returned to the pits.

While 0.649s covered the top six, there was still a 3.170s gap to Lundgaard in seventh with 21 minutes to go and that gap only grew when Charouz sent its cars back on track and Beckmann and Samaia became the first drivers to lap sub-1m30s in the session.

Verschoor brought himself up to third place by also breaking into the 1m29s, while Carlin’s Dan Ticktum improved down in 21st place before with two minutes to go Deledda brought out the red flags again by spinning at turn 1 and prevented any of the drivers who were out on track from improving.

That meant just over half a second covered the top three, with a 1.300s gap to Petecof in fourth and over four seconds between Beckmann and Lundgaard in eighth and Deledda over six seconds off the pace in last.