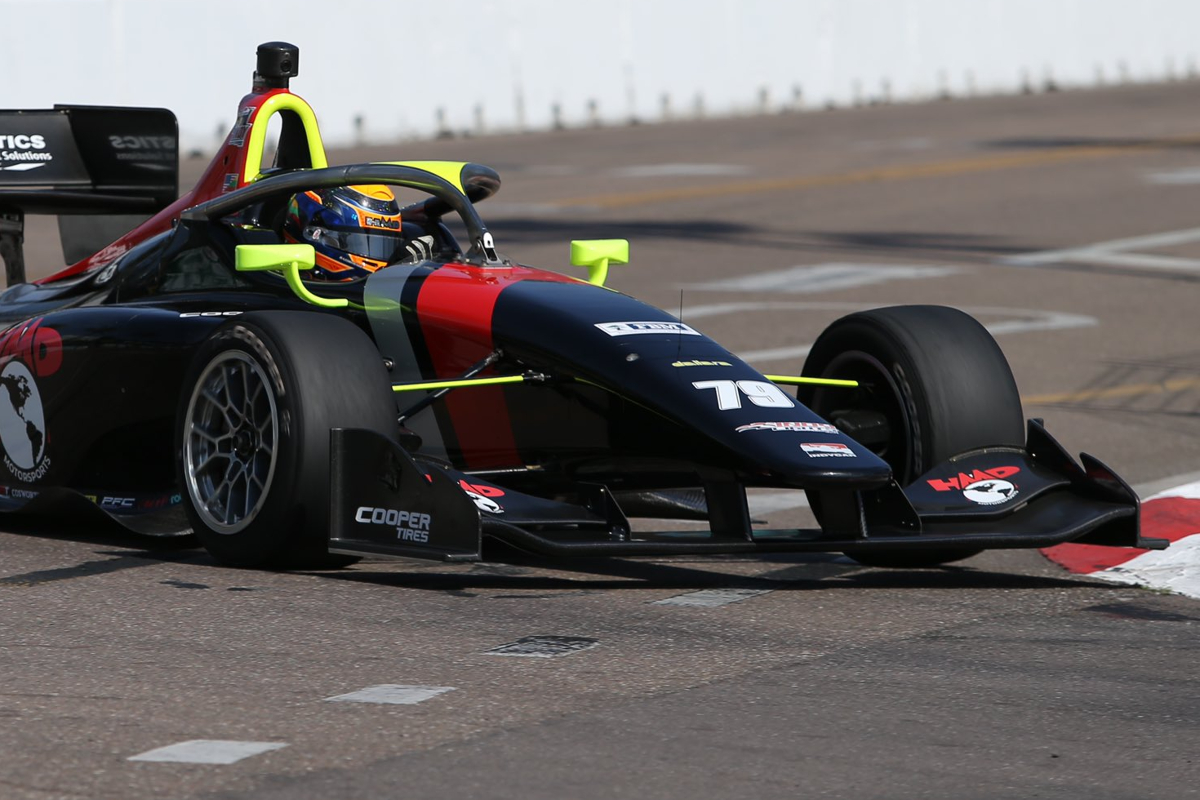 David Malukas set a new track for Indy Lights around St. Petersburg in qualifying for this year’s second race on the street circuit.

They were the first to break into the 1m05s, before Malukas blew both out of the park with a lap 0.4 seconds faster than theirs. Frost responded with a 1m05.3669s, and then improved by another tenth of a second as race one poleman Kyle Kirkwood slotted into second place ahead of Malukas.

Lundqvist then returned to first place before the drivers headed to the pits to change tyres for their second runs, heading Kirkwood by 0.0145s.

It took a while in those second runs before the tyres came alive and drivers were setting personal bests again, with Malukas going fastest with six minutes to go. Next time around he then beat Patricio O’Ward’s track record and became the first ever driver to do a sub-1m05s lap.

Kirkwood and DeFrancesco also broke into the 1m04s in the final two minutes to qualify second and third, with Frost shuffled back to fourth ahead of Carlin with Jay Howard Driver Development’s Alex Peroni.

Juncos Racing’s Toby Sowery jumped up to sixth place at the very end, demoting points leader Lundqvist down to seventh on the grid.

The whole 13-car grid was covered by just 1.1777s on laptime, with Peroni’s team-mate Christian Bogle propping up the order but doing an impressive job.