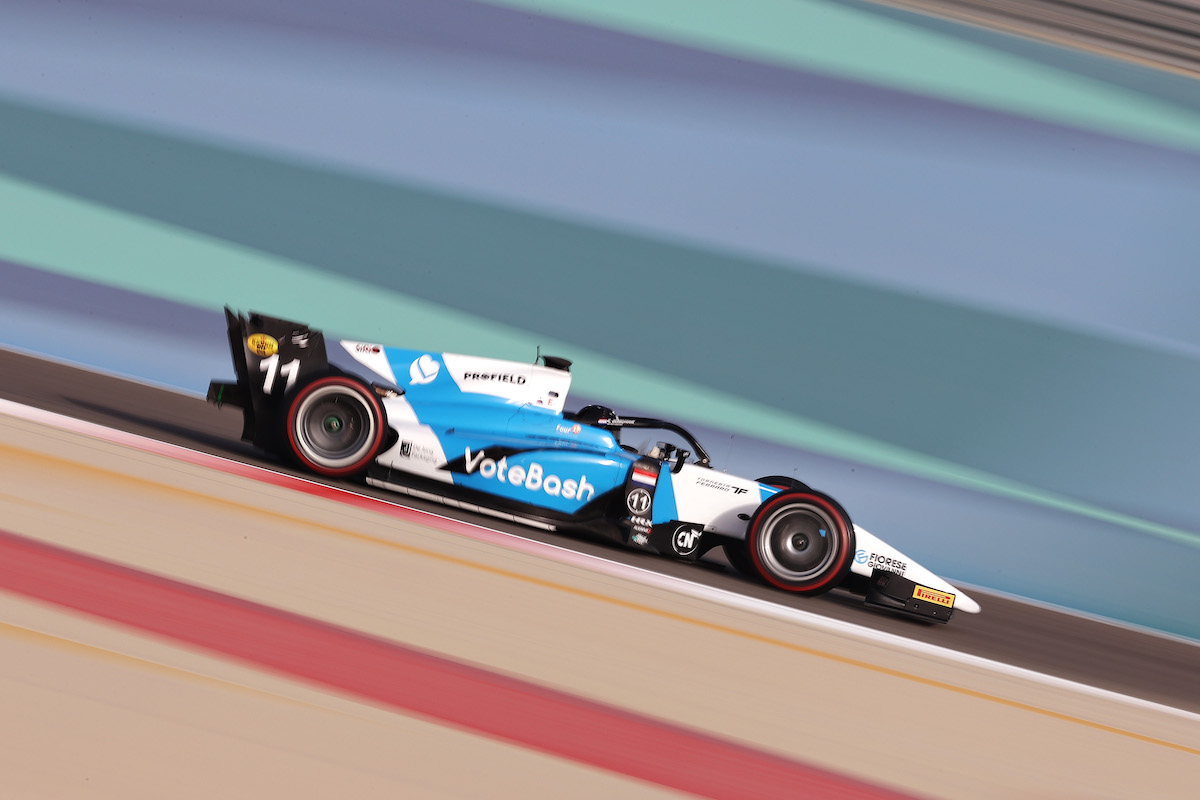 Richard Verschoor feels he could have done even better than his impressive sixth place in his debut Formula 2 qualifying session in Bahrain.

After two-and-a-half seasons at the Formula 3 level with MP Motorsport – including a Macau Grand Prix win in 2019 – the 20-year-old has stepped up to F2 this weekend, with his one-round deal only made official on Tuesday this week.

He later gained fifth place from Juri Vips when the Hitech GP driver was disqualified for a technical infringement, although that decision was then appealed.

“To finish as the best rookie is not too bad, I am pretty pleased,” Verschoor told the F2 website.

“Admittedly, I do feel a bit frustrated because I made a mistake during my fastest lap that lost me four or five tenths – so I feel like I had more to give.

“The car was great to drive. It is so easy to over-push though, I think you probably saw that I had a few big snaps, but it is a fantastic car and it’s really quick.

“I am really happy with how the team have approached everything. I didn’t always have the greatest pace in the tests, or in free practice, but the team kept really calm and trusted me and that was really nice. Remaining calm at all times in F2 is really important and I think that showed today.”

Formula Scout’s analysis of the pre-season test in Bahrain earlier this month showed Verschoor to be 10th fastest over a long run, and that performance leaves him confident for the races this weekend.

“Going off the pre-season tests we did here, our race pace should be really good,” he added.

“If we can stay calm at the beginning of the races and just look to stay where we are in the first few laps, then I think we can get a couple of places.

“I am really excited for the feature race to be honest. I want to experience pit stops and the added tyre management. I’m looking forward to getting a go on the softs in the race, I feel like we are really strong on them. I think the starts will be difficult, but it will be fun.”