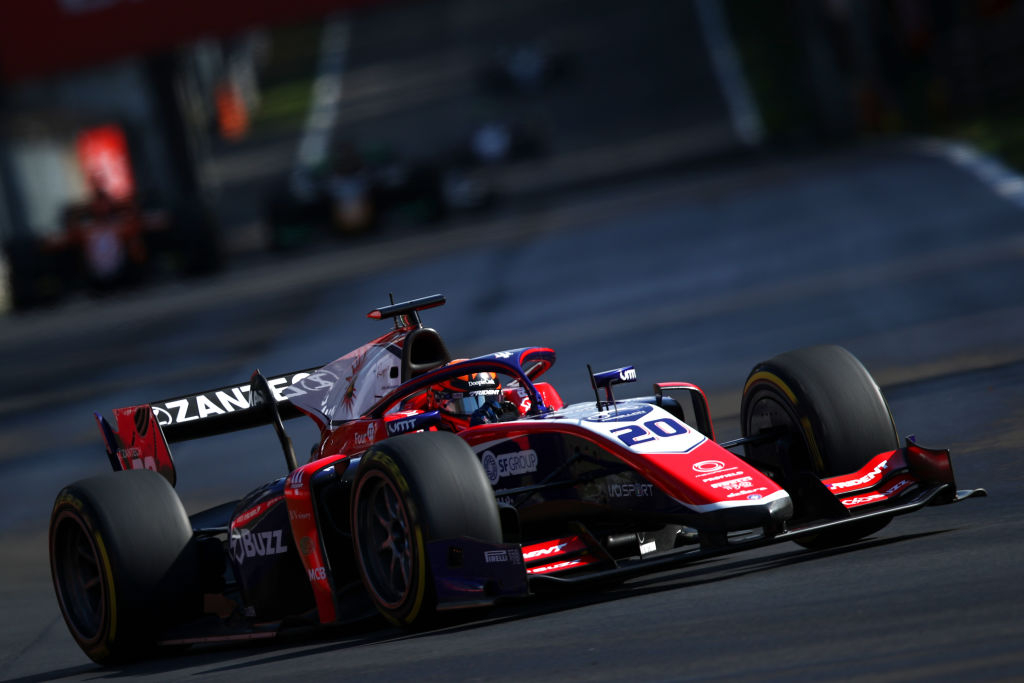 Richard Verschoor and Ayumu Iwasa have both been penalised following an incident between the pair in Formula 2’s Monza sprint race.

As they fought for position, both ended up going off the track at the first chicane and were both deemed to have gained a lasting advantage by doing so. Stewards decided to issue five-second penalties, and a penalty point on each driver’s licence, and as a result Trident driver Verschoor drops from fifth to eighth in the race result.

DAMS’ Iwasa is now on nine penalty points, and needs to avoid picking up three more in Sunday’s feature race to ensure he does not pick up a race ban ahead of the final round of the season.

Hitech GP’s Marcus Armstrong was penalised at the end of the race for an identical offence to Verschoor and Doohan, which dropped him to 10th, and ART Grand Prix’s Theo Pourchaire had a five-second penalty for making contact with Carlin’s Liam Lawson that was handed out to him during the race.

Campos Racing’s Ralph Boschung was the last driver to be penalised, getting a five-place grid penalty for the feature race and two penalty points after he made contact with MP Motorsport’s Clement Novalak at turn four.

In the supporting FIA Formula 3 Championship there were also penalties issued following the sprint race, although only one to a driver.

Carlin’s Brad Benavides had five seconds added to his race time for leaving the track and gaining an advantage at turn five, Trident was fined €2,000 for having one extra person in team kit on the pit wall during the race, and Prema was fined €1,000 as the car of runner-up Ollie Bearman “used a rear plank that was marked and allocated as a front plank”.