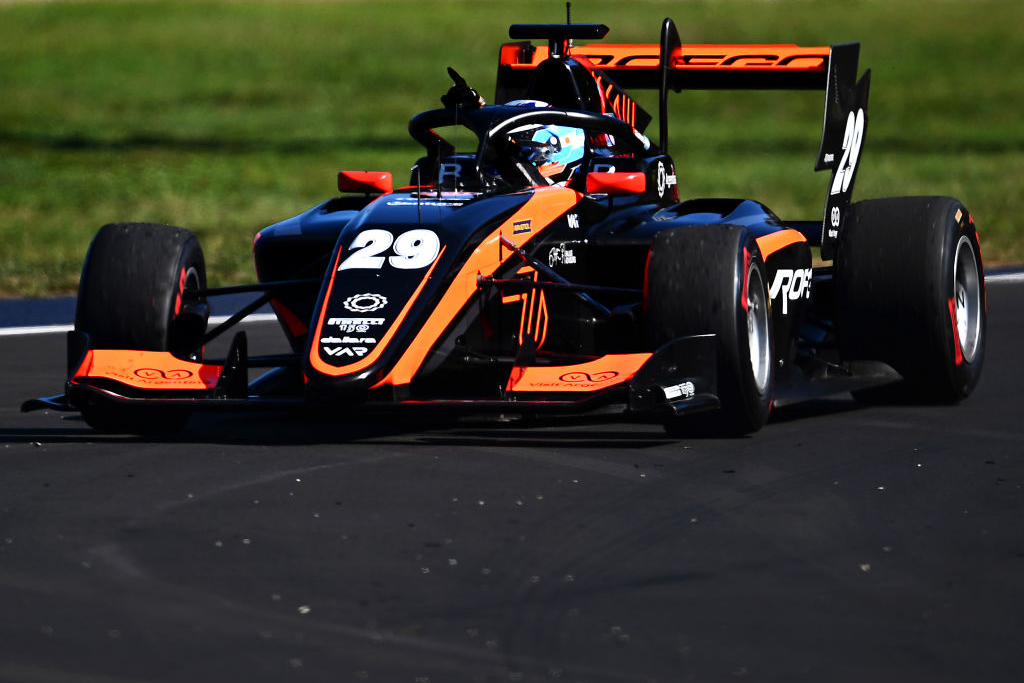 The circuit’s long straights and heavy braking zones usually lead to slipstreaming and close racing, but Colapinto was able to convert his reversed grid pole into victory in the sprint race without ever losing the lead.

“I enjoyed it a lot,” Colapinto said of Saturday’s sprint race.

“With so much pressure from behind I just tried to stay focused and do my job. Trying to keep the tyres in the window, that was quite, quite difficult pushing so much with no DRS the whole race. The cars behind had a big tow from myself.

“We had to push a lot in the corners, and I think I managed quite well. Not very often you see the driver starting on pole winning, or at least leading on every lap in a race in Monza. And we were strong enough to be there, so happy for that.”

At the start, Colapinto “was really close to a stall”, admitting “I think I’ve never been so close” and almost ruining his victory chances straight away. After that it was a game of strategy up front, but are drivers tempted to get too strategic rather than optimising clear air?

“Yeah you can. Of course it was a difficult race, and where you have to think quite a lot more than in any other race of the year. I was trying to get Caio [Collet] to overtake me, but he didn’t want to. So I was like ‘okay, I’m going to stay in front’.

“Fortunately, they started fighting behind and I got a bit of a gap that helped me a lot to get the win. It’s a lot of stuff going on, and also in the team the strategy here is much more important than in any other race week.”

What played into Colapinto’s hands for staying up front the duration was that MP Motorsport’s Caio Collet did get overly strategic while in second place.

“I was playing the long game,” he explained. “I knew it’s impossible to pull away from DRS, so I was trying to wait behind Franco for the last few laps. But I waited a bit too much.”

While focused on Colapinto, Collet fell to fourth but reclaimed third. While he has no idea on his 2023 plans, Colapinto will do this month’s post-season test to prepare for a sophomore campaign.