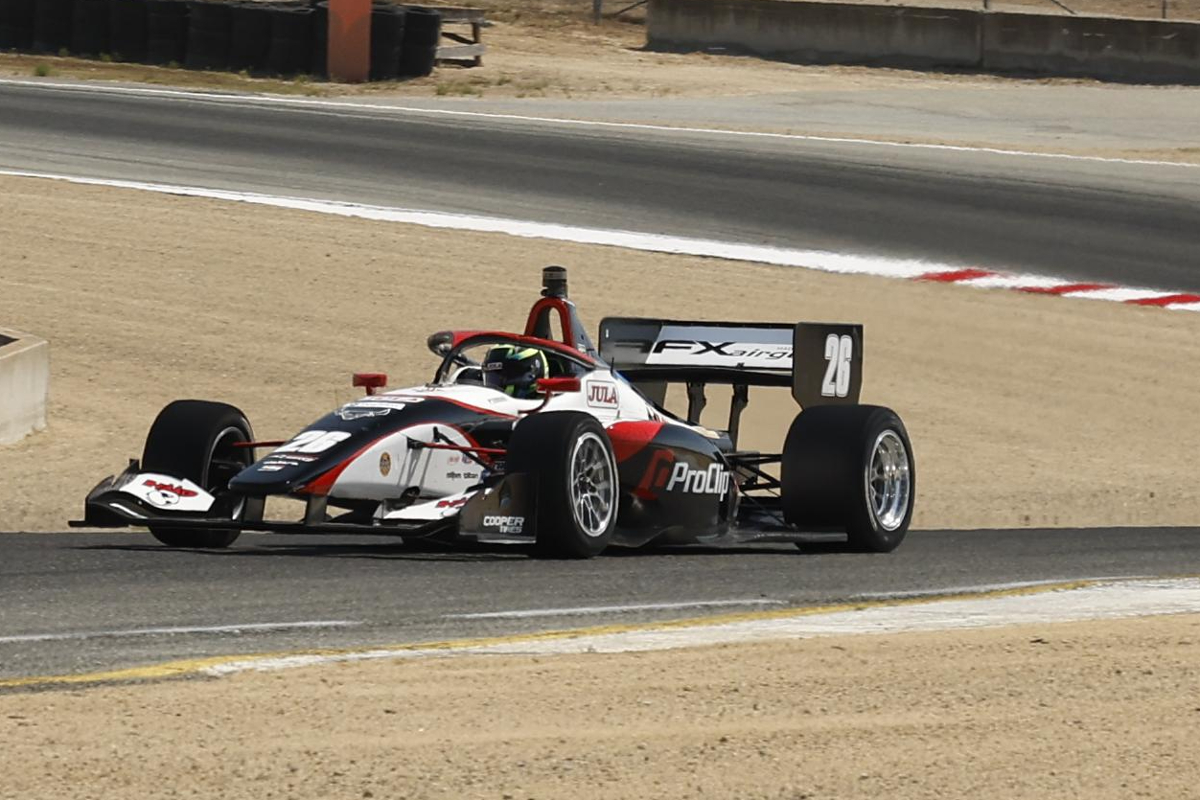 It was a trouble-free race for Lundqvist, who only needed to start to take the title. After starting fifth on the grid, he was passed by Hunter McElrea and Jacob Abel early on.

He closed onto the back of Benjamin Pedersen and challenged for position in the opening laps. Despite dipping a wheel into the dirt on lap one, Pedersen held onto the position and Lundqvist settled back in P6.

Danial Frost challenged Lundqvist late on in the race, but there was no way through for Frost and Lundqvist claimed the crown with a sixth place finish.

Matthew Brabham, the only driver who could deny Lundqvist the title if he managed a perfect weekend, started the race on the back foot after being excluded from qualifying. From the back though he stormed through the field, and although debutant Nolan Siegel put up a good defence and held Brabham behind for several laps, a lock-up for Siegel allowed the more experienced driver through.

Brabham continued his charge and had climbed up to eighth by the chequered flag, joining the back of the battle for sixth.

While HMD celebrated the title with Lundqvist, Andretti Autosport celebrated a maiden victory for Robb.

Robb dominated the race from pole, quickly pulling clear of the rest of the field. He managed consistent flying laps and grew his advantage at the front of the field to more than 11 seconds to win and jump up to second in the standings.

McElrea came under pressure from Jacob Abel late on. Abel spent most of the race defending against Pedersen, and at one point led a four-car train for position. But in the closing laps he managed to shake off Pedersen and close the six-second gap to McElrea. He ran out of laps before he was close enough to make a move, just under a second behind the Andretti driver.

At the tail end of the field, Christian Bogle managed to pass Siegel late on for ninth, and Seigel held off Ernie Francis Jr to finish 10th on debut.

Kyffin Simpson was 12th, while a broken half-shaft for Flinn Lazier meant he spent seven laps in the pitlane and only circulated for the experience.