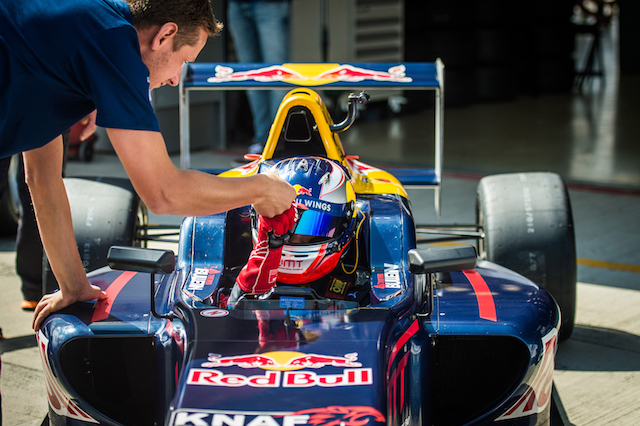 Fifteen-year-old Red Bull Junior Richard Verschoor continued his Formula 4 winning streak in the latest round of the SMP series at Moscow Raceway with another three victories.

Off the back of?two hat-tricks in Spanish F4, the Dutch driver totally dominated the first of two events at the Moscow circuit, taking pole in both qualifying sessions and winning all three races.

In race one, he pulled away to a 2.8-second victory over?Nikita Sitnikov, who just held off fellow Russian?Alexey Korneev for second by 0.026s.

Opmeer worked his way through to second place in race two, 5.5s behind Verschoor. Sitnikov was made to settle for third ahead of Vartanyan.

Verschoor’s winning margin in the finale was four seconds, with Sitnikov taking another second place, with Opmeer beating Korneev to third.

Opmeer continues to lead the standings, but with 31 points over Verschoor now instead of 59.