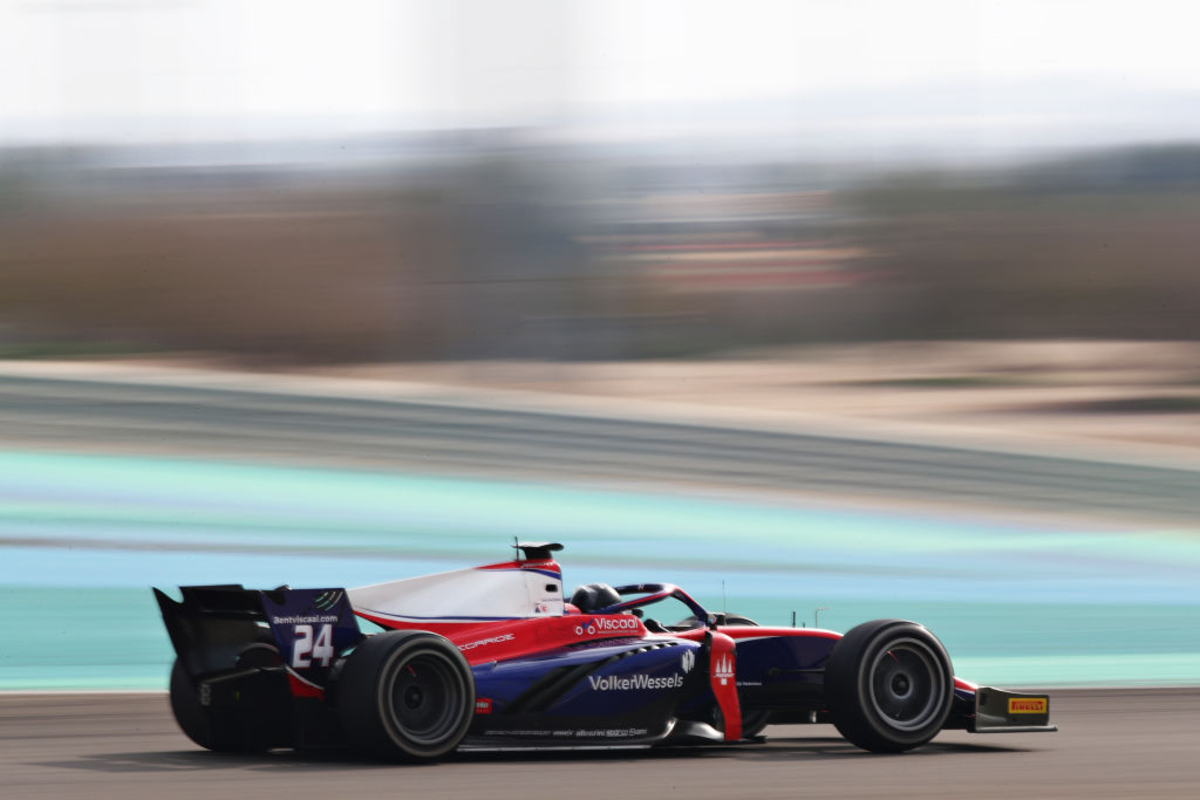 Richard Verschoor and Bent Viscaal will join Formula 2’s in-season test at Barcelona this week after debuting in the series last month on one-round deals.

The pair drove for MP Motorsport and Trident respectively in pre-season testing and then the first race weekend of 2021 at Bahrain, with Verschoor scoring twice to leave as sixth place in the standings and Viscaal taking a best finish of 12th.

Both Dutch drivers will remain at those teams for the April 23-25 test at Barcelona, but neither driver has secured their places on the grid for the second round of the season in Monaco next month.

“Back in the car on Friday to Sunday for the official test,” announced Verschoor. “Looks like we might get some practice in rainy conditions as well this time.”

Rain is scheduled to hit the Catalan circuit on the final day of the test, with warm and dry conditions expected before then.

Pirelli’s hard and medium compound tyres will be made available to teams across the three days, in addition to grooved intermediate or wet compounds if required. Each day will include two three-hour sessions.

The hard tyre was raced on at Bahrain, while the medium hasn’t been in use since 2020.

There is a month until racing gets back underway in Monaco, which Verschoor believes should be enough time for him to gather the budget required to race. Viscaal is yet to publicly comment on his chances of appearing in the series again after this week, but is favourite to be in the second Trident seat for the forseeable future.