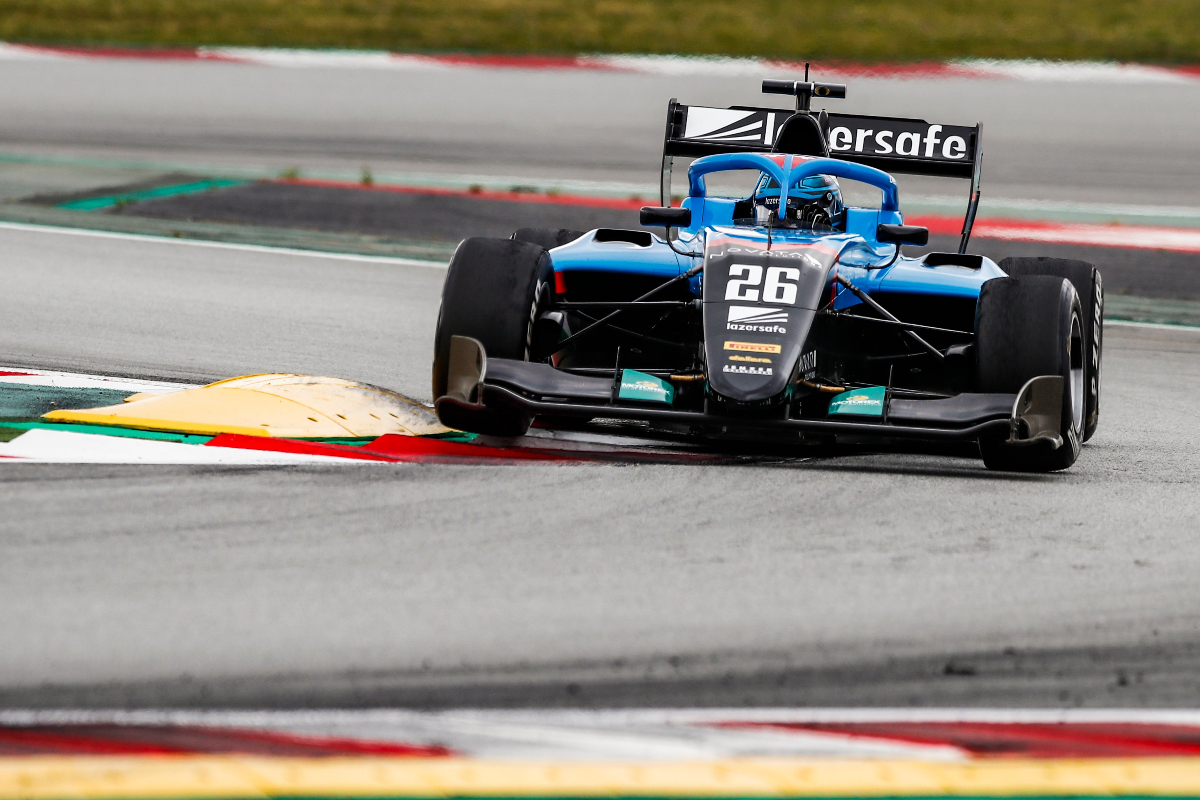 The benchmark pace for the three-hour session was set just six minutes in, when Williams set a 1m32.519s, putting him half a second up on team-mate Pierre-Louis Chovet.

It wasn’t until the end of the first half-hour that a driver got between those two, as Hitech GP’s Red Bull junior Ayumu Iwasa posted a 1m32.988s.

The top four from that point, completed by Iwasa’s team-mate Roman Stanek, went unchanged for the rest of testing.

Campos Racing’s Amaury Cordeel was initially in fifth, but he got shuffled down to 11th in the final 15 minutes as MP Motorsport’s Caio Collet, HWA Racelab pair Matteo Nannini and Rafael Villagomez, Carlin’s Kaylen Frederick and Jonny Edgar and his own team-mate Lorenzo Colombo all improved.

There was a red flag interruption with 55 minutes to go was caused by MP’s Tijmen van der Helm, and then a second with five minutes remaining that left enough time after the restart for several drivers to do an installation lap while Frederick’s car stopped on track.

The majority of the session was spent in the pits for all drivers, meaning along with Cordeel the likes of Jenzer’s Filip Ugran, Hitech’s Jak Crawford and HWA’s Oliver Rasmussen all slid down the order outside of the top 10 after setting their best laptimes very early on.

Alpine Formula 1 junior Victor Martins, who set the fastest lap of the test in Thursday’s morning session, was 20th fastest and 3.159 seconds slower than Williams as 4.252s covered the entire 30-car field.