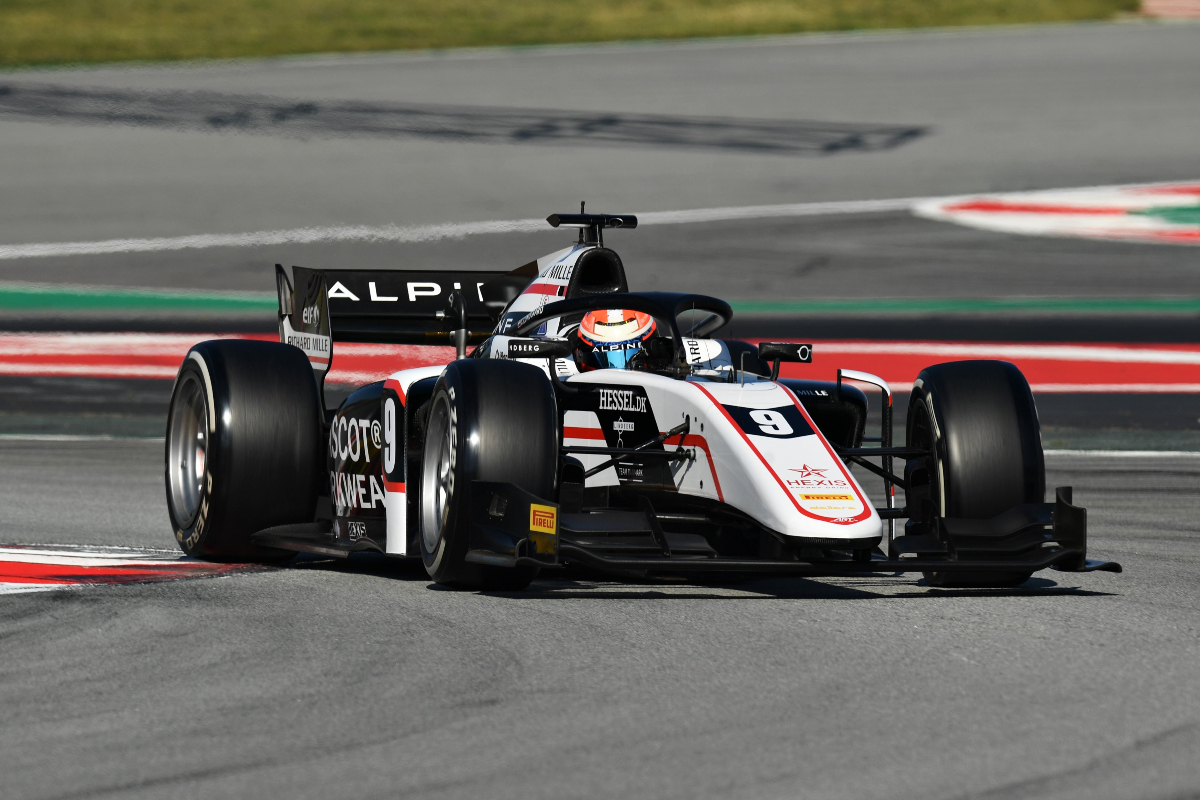 It took half an hour until the first timed lap was posted, with Campos Racing’s Ralph Boschung posting a 1m50.310s and being joined a few minutes later on track by his team-mate Gianluca Petecof and the two MP Motorsport drivers.

There wasn’t much of a chance for anyone else to set a lap after that as Carlin’s Jehan Daruvala came to a stop at turn 1 and red flags were waved.

The restart after that was short-lived as Prema’s Oscar Piastri also hit trouble at turn 3 and it wasn’t until the second hour that more drivers went out on slick tyres.

Virtuosi Racing’s Felipe Drugovich was first to demote Boschung from top spot, and there wasn’t a representative pace compared to 2020 set until 80 minutes in when ART Grand Prix’s Christian Lundgaard and Hitech GP’s Juri Vips became the first drivers to lap sub-1m30s.

There was little in improvements after that though, with Lundgaard going faster by a few tenths to end to the session on a 1m29.594s and Drugovich bettering Vips to go second fastest with a 1m29.772s.

Vips and team-mate Liam Lawson ended up third and fourth, just hundredths of a second ahead of MP’s Lirim Zendeli and Virtuosi’s late improver Guanyu Zhou.

Petecof caused the final red flag of the session with a spin into the gravel after turn 2, but was one of five drivers, along with his team-mate, Zhou, MP’s Richard Verschoor and 21st-fastest Robert Shwartzman (Prema) who were on track when the chequered flag waved.