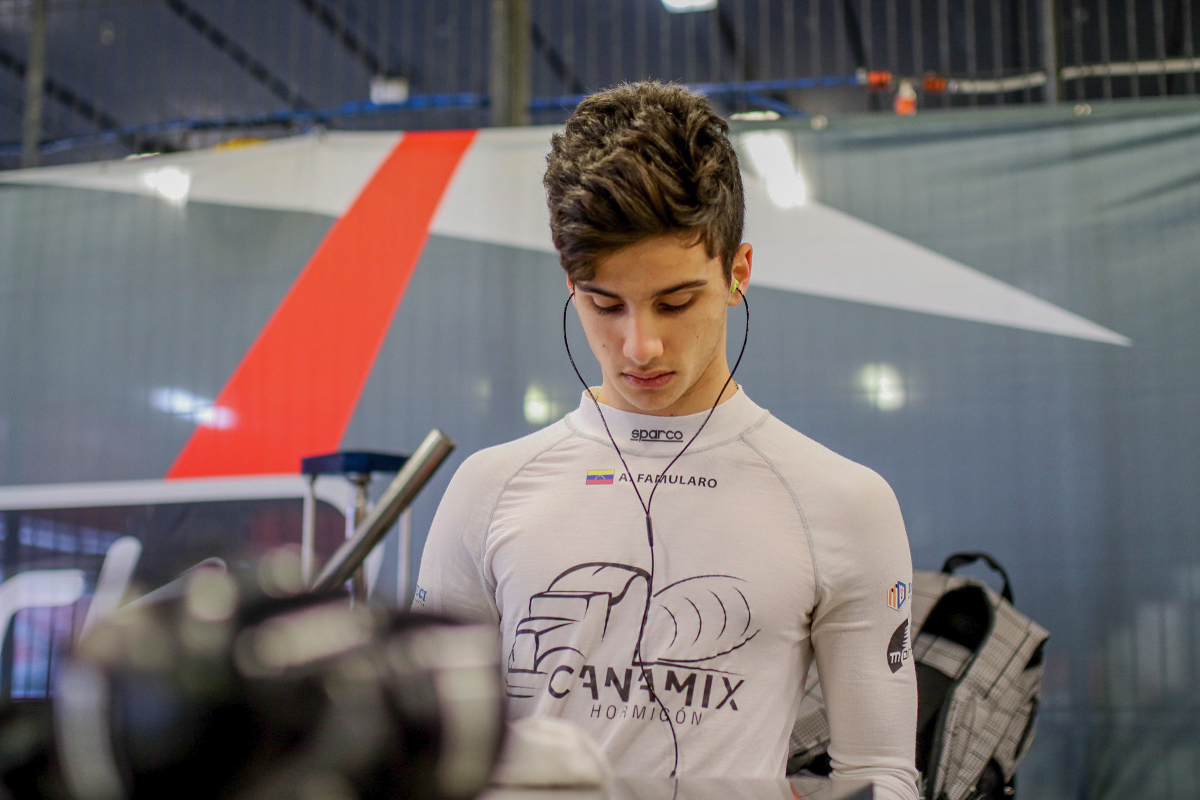 G4 Racing will run three cars in the next Formula Regional European Championship round at Barcelona as it adds Alessandro Famularo to its line-up.

The 17-year-old will be returning to a series he contested three rounds in last year, when he claimed a best finish of fourth with Van Amersfoort Racing.

Before that he spent two seasons racing in Formula 4 in the ADAC and Italian championships, taking one win and one other podium across 53 starts in the two series.

“I am very happy for this opportunity and I want to thank the whole team for their trust,” Famularo said of his FREC return. “I hope to learn a lot this season and I will give my best to achieve our goals.”

He joins Axel Gnos and part-timer Belen Garcia in G4’s line-up, and so far has been confirmed for the Barcelona, Monaco and Paul Ricard rounds in May.

”With the addition of Alessandro, our team will benefit from a very quick and talented driver who will also boost the technical and sporting activity with his experience with the car and tyres,” G4’s sporting and technical manager Adrian Munoz said.

“Even without the chance to have him in testing and the first race, we are sure he will do his best and will unlock the pace he already has.”

Swiss team G4 moved into FREC this year after taking over the entry and assets of Bhaitech, which had competed in the Formula Renault Eurocup with the series’ Tatuus T-318 car since 2019.