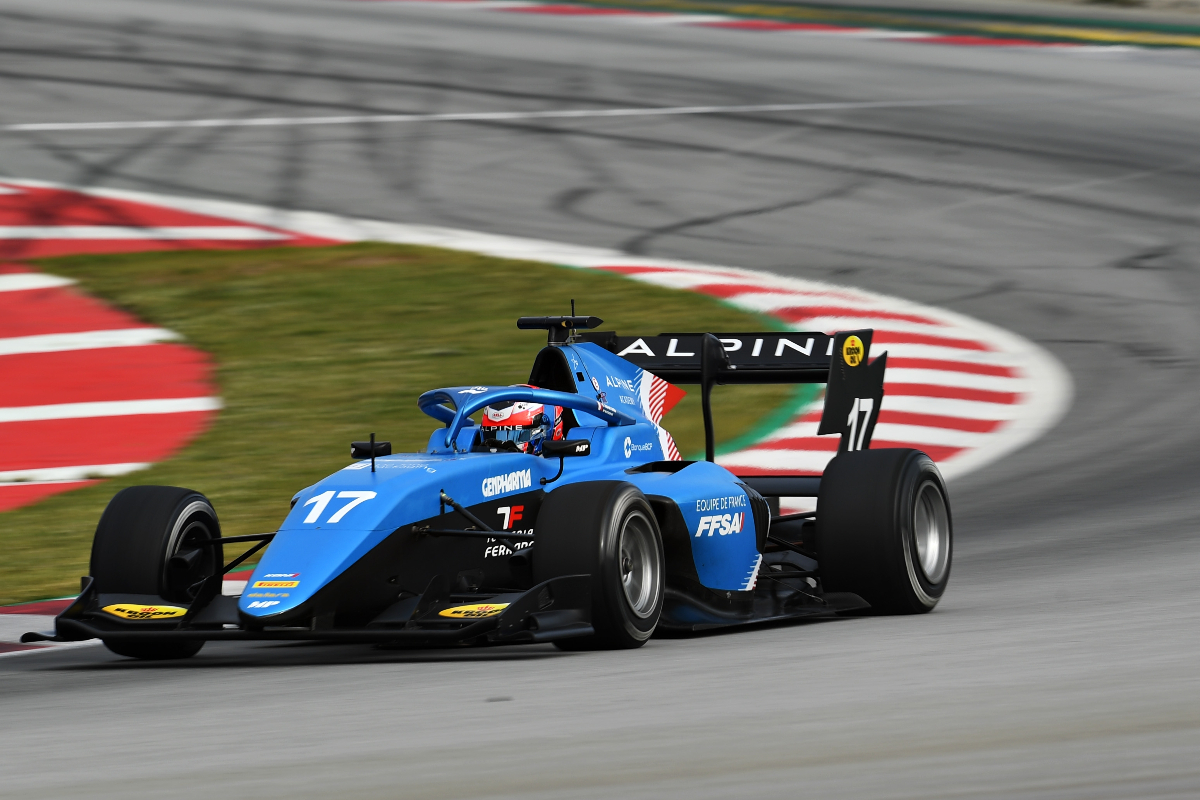 MP Motorsport’s Victor Martins was on top again in the morning session of day two of FIA Formula 3 Championship pre-season testing at Barcelona.

The Frenchman was fastest on the first day of running once the track dried up, and improved on that pace on Thursday.

It was Trident’s drivers who set the pace through the session’s first half-hour, with Clement Novalak on top after 15 minutes on a 1m32.878s.

His team-mate Jack Doohan shaved almost a second off that time, before Novalak snatched first place back by a tenth of a second. That was short-lived though, as ART Grand Prix’s Alexander Smolyar went fastest with a 1m31.768s after 30 minutes of the three-hour session.

Doohan went second when the session restarted, 0.035s off Smolyar’s pace, and HWA Racelab’s Matteo Nannini jumped up to fifth before he then caused a red flag stoppage too.

Wednesday afternoon pacesetter Martins was next to move into first place after the second restart, going 0.132s faster than Smolyar. He remained there for the entirety of the second half of the session, which was interrupted by another red flag caused by ART’s racing returnee Juan Manuel Correa.

Most drivers spent the final hour in the pits, leaving the top six unchanged from the mid-point of the session.

The top 22 cars were covered by just over nine tenths of a second, with Campos Racing’s Laszlo Toth propping up the order and only 1.985s off the pace in 30th place. His team-mate Lorenzo Colombo was the only driver on track when the chequered flag was waved.