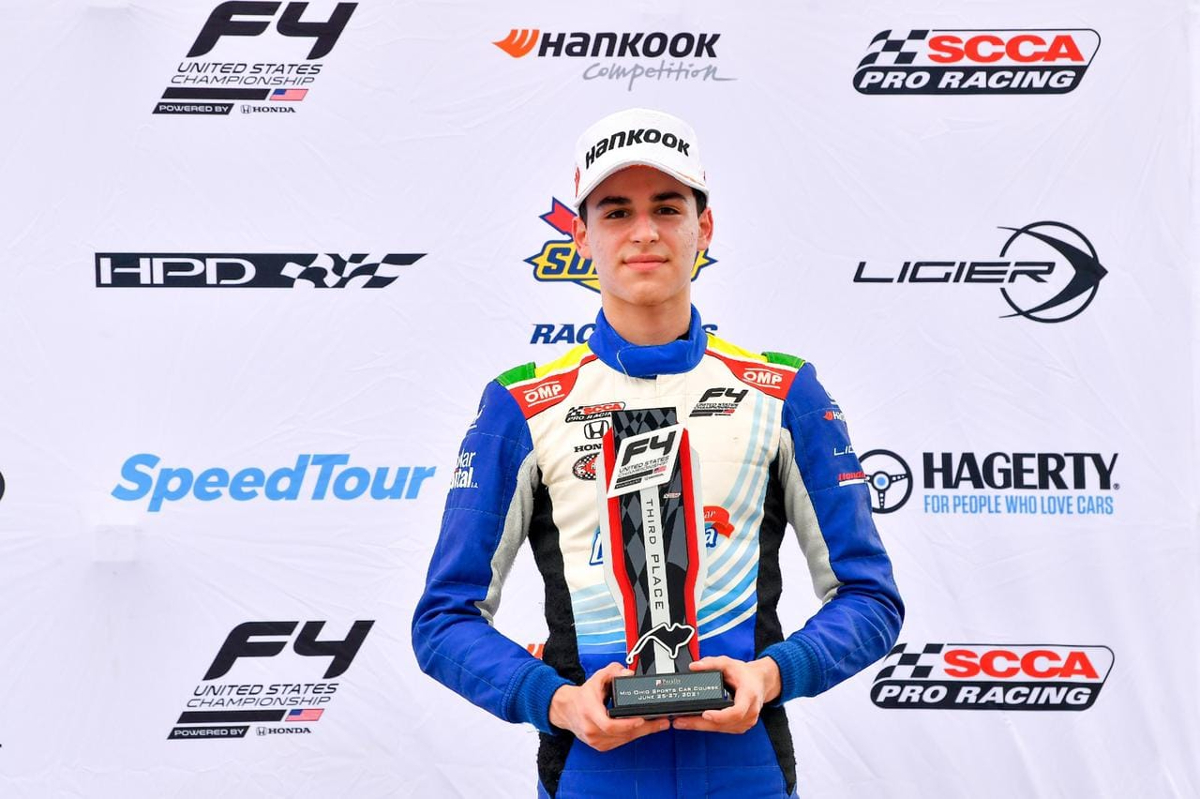 Gutierrez has raced in United States Formula 4 since 2019, with one podium finish from 28 starts and 10th place in the 2021 championship standings. He also did one round of the inaugural Argentinian F4 season last year and took two podiums.

He raced last year without a team-mate, but in his move up to FRegional will be partnered with NACAM and US F4 race-winner Nico Christodoulou.

“Racing in F4 and watching the success of VRD, I knew that they were a team that I wanted to partner with in the future,” said Gutierrez, who said he ‘hopes to add’ to the team’s podium and win tally in FRegional.

Reigning champion team TJ Speed will run Nick Persing, who did two thirds of last year’s FRegional season with Velocity. He picked up one podium and came 11th in the points, and started 2021 by winning the F4 Western Winter Series.

“I personally traveled to the West Coast to complete a few days of testing with Nick and to get to know one another,” said TJ Speed team founder Tim Neff. “He has a great head on his shoulders, and we had a productive few days of testing.”

Velocity has also made its first signing for US F4 this year, with 16-year-old Matt Christensen joining from Jay Howard Driver Development.

Christensen came fifth in the standings in 2021 but only made the podium once, although did start the year with third in the F4-spec YACademy Winter Series, where he did take a race win, and two wins in the Lucas Oil Winter Race Series.

In 2020 he raced in Lucas Oil School of Racing’s Formula Car Race Series and was title runner-up with six wins.

After making a single appearance in 2019, top F4 Western team Doran Motorsports Group returns to the national F4 championship in 2022 under its current Doran-Kroll Competition name and has signed Chinese-Canadian Jack Zheng.

He had only two years of karting experience before he started testing in F4 machinery last year, and will make his single-seater debut in the F4 Western Winter Series next month.