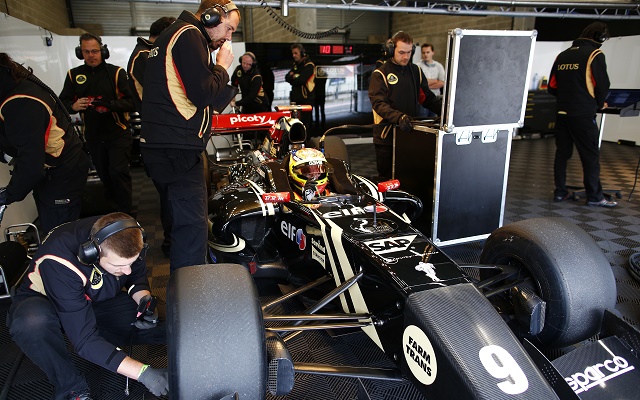 Vaxiviere, who also topped practice yesterday, had missed the Spa round last year due to injury and will be making his FR3.5 Spa debut from first on the grid.

Joining him on front row is Beitske Visser, the Dutch driver recording her personal best qualifying effort in the series.

Aragon winners Oliver Rowland and Vaxiviere were the first two drivers to go below the mark set in practice, with the Frenchman edging ahead by the halfway point in the session.

The drivers were set to head out on new tyres with ten minutes to go, but a red flag caused by Egor Orudzhev going off on the outlap postponed the shootout.

And when the session was restarted, the outlaps began again, only for another red flag to be brought out for Tom Dillmann.

Finally, qualifying resumed for good with eight minutes to go but it took until the final 60 seconds for Vaxiviere to be dethroned – by championship leader Jazeman Jaafar.

However, the Frenchman quickly responded, his new lap enough to secure pole position.

Having spent much of the session in the top five, Visser moved up to second at the checkered flag, with Nicholas Latifi following her into the top three.

Fortec duo Jaafar and Rowland did not improve on their final efforts and had to do with fourth and fifth respectively.

Second with less than a minute to go, Nyck de Vries wound up sixth, ahead of Tio Ellinas and teammate Dean Stoneman.

Roberto Merhi qualified ninth, while Meindert van Buuren recovered from missing the first half of the session to claim tenth. The Dutchman, however, will give up the row five starting spot to Gustav Malja due to a penalty for colliding with Bruno Bonifacio at Monaco.

UPDATE: Beitske Visser has been sent to the back of the grid as her car’s floor did not conform to the regulations. Latifi is promoted to the front row.