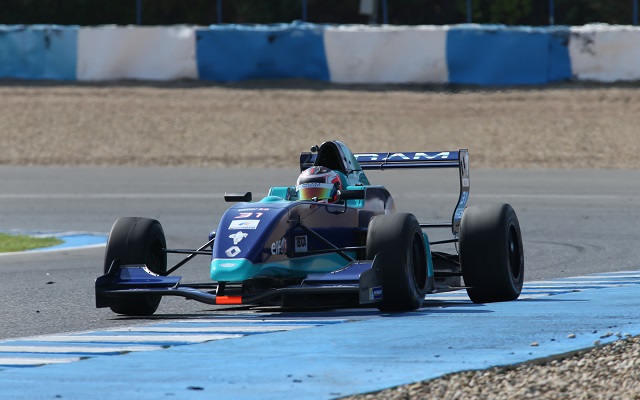 Vasily Romanov will race in Formula Renault 2.0 Alps for Cram Motorsport this year, joining TJ Fischer at the team.

Last year, Romanov spent his first season in cars in the competitive FR2.0 Eurocup with Tech 1 Racing, scoring a best result of 20th before leaving the series with two rounds to go.

The Russian also contested the Imola and Mugello rounds of the Alps series for Tech 1, but switched to Cram for the season finale at Jerez and scored a tenth place finish in the first of the weekend’s two races.

Eighth in the WSK Euro Series and Super Master Series in his final year of karting in 2013, Romanov’s single-seater debut followed in the Florida Winter Series run by the Ferrari Driver Academy.

American driver Fischer, who makes the switch from Protyre Formula Renault in the UK, had previously announced a deal for the Alps series with a team formed by racer Salvador Duran.

It has now been revealed that that entry will be run under the ‘SDR by Cram’ banner.

“We are confident in Romanov and TJ Fischer,” said Cram’s Gabriele Rosei.

“With them we will continue our winter test program in the next weeks. We will also announce soon the third driver.”