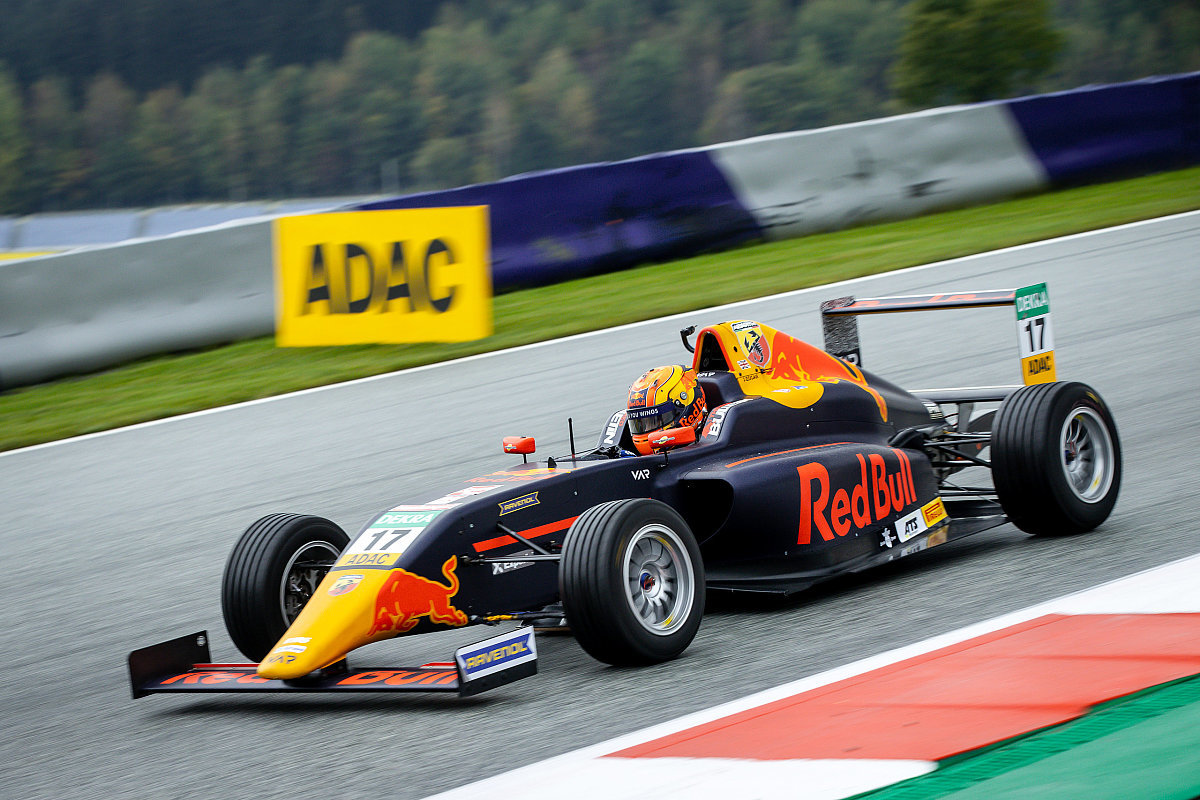 It was a relatively simple race for Edgar, who held the lead off the line from pole and pulled away from the rest of the field.

He didn’t get far before Victor Bernier began to reel him back in, however. The R-ace GP driver set the fastest lap of the race as he closed onto the back of the leader and tried to find a way past.

Edgar didn’t have to defend too much, keeping just far enough ahead of Bernier to deny him the opportunity to get alongside, but a faultless drive was required to keep him behind.

In the closing stages of the race Edgar was shown the black-and-white warning flag for exceeding track limits, but he didn’t receive a penalty and took the chequered flag 0.376 seconds ahead of Bernier to secure his fifth win of the season.

Behind them, Edgar’s fellow Red Bull junior and Van Amersfoort Racing team-mate Jak Crawford spent most of the race trying to find a way past Mucke Motorsport’s Joshua Duerksen to take third.

Durksen defended well, but track limits abuse handed him a five-second penalty midway through the race. Crawford was still determined to try to find a way past though and catch up with the lead battle, but Durksen continued his defence.

Unfortunately for Durksen, he exceeded track limits again and was handed a drive-through. This released Crawford, but it was too late to close the gap to the race leaders and he finished a distant third.

Elias Seppanen held off his US Racing team-mate Tim Tramnitz to take fourth, with Ollie Bearman putting the third of the team’s cars in sixth place.

Duerksen returned to the track from his penalty just behind Bearman and Josef Knopp.

Bearman had been running near the front early on, but a trip through the gravel dropped him to the back. He made good progress moving forward, but had to defend against Muck’s Knopp after being handed sixth by penalties for Duerksen and R-ace’s Kirill Smal.

Duerksen also battled with Knopp after his drive-through, and when he eventually passed him he was followed through by US’s Vlad Lomko. The five-second penalty dropped Duerksen back behind both though.