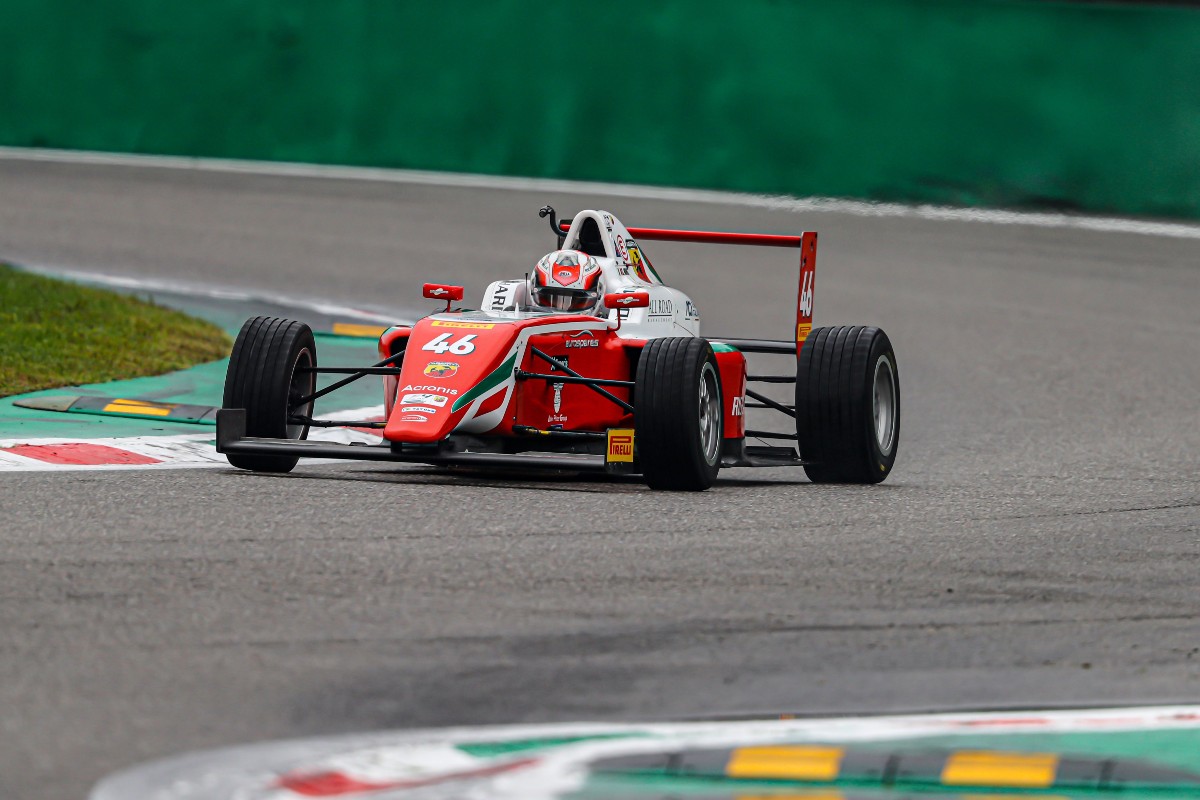 Red flags and full course yellows hampered running in both sessions, limiting drivers to only a handful of flying laps.

In the first session, Jenzer Motorsport’s Francesco Braschi ran into the gravel at Turn 6 on his out-lap, immediately bringing out a FCY.

The incident was cleared and drivers had a few minutes of clear running, but it wasn’t enough to set a competitive lap time before Bhaitech’s Sebastian Ogaard came to a stop at Turn 4.

With five minutes on the clock, his team-mate Dexter Patterson was top of the order, though he was the only driver to lap sub-2m00s.

By the time the track was cleared there was time for two flying laps. Prema’s points leader Gabriele Mini was fastest after the first attempts, a 1m55.177s putting him 0.174 seconds ahead of Iron Lynx’s Leonardo Fornaroli.

However most of the field improved on their second flying lap, and Van Amersfoort Racing’s Pizzi took the chequered flag with a 1m54.547s.

Fornaroli improved to go second, 0.068s off Pizzi, with Cram Motorsport’s Rosso in third. Mini dropped to fourth ahead of team-mate Gabriel Bortoleto.

Despite the issues in qualifying one, none of the field chose to set an early flying lap in Q2. When the session was red flagged with nine minutes remaining, nobody had set a competitive time.

Rosso was top of the order once the first competitive laps were set afterwards, with a 1m54.644s. Running was disrupted again by a FCY, as VAR’s Cenyu Han put himself in the Turn 6 gravel.

Nobody could match Rosso and he took pole ahead of Mini and Pizzi. Jenzer’s Filip Ugran and Fornaroli completed the top five.

The second-best lap of each driver set the race three grid, and it was Mini on top by 0.174s over Fornaroli. BVM Racing’s Pietro Delli Guanti made it an all-Italian top three, with Ugran and Rosso qualifying fourth and fifth.

Pizzi was seventh, Prema’s Sebastian Montoya completed a triplet of eighth places, while Fornaroli and Patterson complete the top 10.